0%
Tweet
Rise in iPhone sales and drop in Galaxy sales put Apple and Samsung on even ground during the holiday quarter.

Samsung reported fourth-quarter earnings Wednesday, and the numbers aren't pretty. The company recorded its lowest yearly profit in three years amidst a drop in smartphone shipments. With Apple roaring up from behind, Samsung is now on the defensive for the first time in years.

Samsung recorded a net profit of $4.9 billion during the holiday quarter, which is down 27% from the year-ago period and the third straight quarterly drop. Samsung's mobile division saw a 64% plunge in quarterly profit. Samsung was crushed in China, where it dropped to fifth place behind Apple, Huawei, Lenovo, and Xiaomi.

"Apple's new iPhone 6 and 6 Plus models are proving wildly popular in China, United States, and Europe. Apple tied with Samsung to become the world’s largest smartphone vendor for the first time since Q4 2011," said Strategy Analytics. "Samsung continues to face intense competition from Apple at the higher end of the smartphone market, from Huawei in the middle-tiers, and from Xiaomi and others at the entry-level. Samsung may soon have to consider taking over rivals, such as Blackberry, in order to revitalize growth this year."

Samsung still ranks as the world's No. 1 supplier of smartphones for the entire year 2014. Its yearly total was about 317 million units, while Apple's was about 193 million. 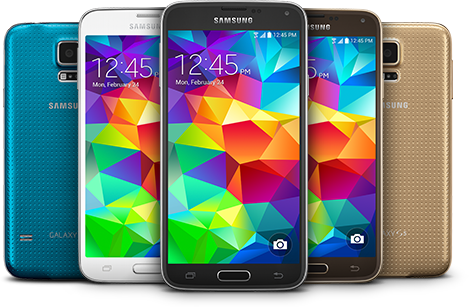 Samsung's results do include some bright spots. The company's chip business is slowly growing. Further, its other businesses have stabilized and Samsung doesn't believe smartphone shipments will contract any further. Even so, it is preparing its 2015 flagship, which is expected to arrive in early March. The Galaxy S6 will have to succeed where the Galaxy S5 failed.

LG also reported earnings this week. The company had its best-ever year for smartphones. LG shipped 15.65 million smartphones in the holiday quarter, up from 13.2 million units in the year-ago period, making for a yearly total of 59.1 million devices. Annual revenue for its mobile division climbed 16%. Like Samsung, LG said it plans to focus intensely on creating competitive handsets for the coming year.

The big question is whether or not Apple can maintain its current momentum. The company saw an incredible surge in iPhone sales thanks to the larger iPhone 6 and iPhone 6 Plus handsets. The first three months of the year typically produce a large drop in shipments across the industry. It will be interesting to watch the drop unfold for Apple, Samsung, and others. If Apple can keep up with Samsung until the Galaxy S6 flagship arrives in March, it will be better positioned to fend off Samsung during the back half of the year.

Eric is a freelance writer for InformationWeek specializing in mobile technologies. View Full Bio
We welcome your comments on this topic on our social media channels, or [contact us directly] with questions about the site.
Comment  |
Email This  |
Print  |
RSS
More Insights
Webcasts
Shifting Security from Speedbump to Digital Accelerator
Zero-Trust In Practice
More Webcasts
White Papers
Data Protection: Verify Anything and Everything
6 Emerging Cyber Threats That Enterprises Face in 2020
More White Papers
Reports
Apex Report: Global Cyber Infection
How Enterprises Are Developing and Maintaining Secure Applications
More Reports

Samsung  is the leader in smart phones - holistically of all tiers. Apple is claiming the leadership position in high-end smart phones category. But Samsung will continue to claim the volumes due to Android, diverse portfolio and worldwide presence. Apple is still not present in many developing countires.
Reply  |  Post Message  |  Messages List  |  Start a Board

I think part of Apple's vast success -- particularly in the mobile device market -- is that the company focuses on competing with itself (i.e., the Jobs legacy of perfection-seeking) as opposed to everyone else.

The consequence: Every time a new iWhatever is released, people have to camp outside to stand in a line out the door to get it on release day -- but every time a Galaxy or other competing product is released, it does well, but it lacks that level of super-loyalty and super-excitement from customers.
Reply  |  Post Message  |  Messages List  |  Start a Board

I think smartphone companies have their ups and downs.  Samsung has to be ready any technology innovation they can introduce to their smartphone.  I think both companies offer very similar products excellent camera, large library of apps, large memory, etc. I don't know what else they can do to differ between another.
Reply  |  Post Message  |  Messages List  |  Start a Board
Editors' Choice
Hot Topics