0%
Tweet
In what is just the start of a marketing blitz, Apple is rolling out highly-specialized videos -- "guided tours" -- to get the world ready for its Apple Watch, which debuts April 24.

Apple is no stranger to robust marketing campaigns, and the company is known for its clever advertisements, but no one can deny Apple is pushing into new territory with its media blitz for its smartwatch, which includes 10 short videos demonstrating the Apple Watch's usefulness.

Three of the short videos, which Apple calls "guided tour" videos, are currently available online. They are broken down into different categories based on the feature described, such as Messages, Faces, and Digital Touch.

The videos run between a minute and a half and two minutes. Among the features highlighted in the upcoming videos are maps, Siri, phone calls, music, activity, Apple Pay, and Workout. 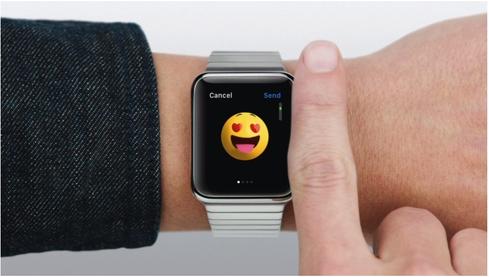 The company had previously released a series of short videos, made with Apple's typical panache, which highlight the precision manufacturing involved in the creation of the watch, after the device was first announced last year.

Apple's first new product device since CEO Tim Cook took over the company, the smartwatch prices range from $349 for the basic Apple Watch Sport version to a whopping $17,000 for the gold, premium Apple Watch Edition.

According to an April 3 CNET report, Apple confirmed that for the foreseeable future, all Watch sales will be made through a reservation system -- meaning customers can't just amble into an Apple store like they would for other Apple products.

Though the launch of the Watch is almost guaranteed to garner significant media coverage, the reservation system will deprive Apple of one of its standard and most durable PR images -- lines of Apple fans huddled in lines stretching city blocks waiting for store doors to open.

In an attempt to lure the luxury market to the device, Apple Watch will also be available to preview or try on at high-end department stores on April 10, including Galeries Lafayette in Paris, Isetan in Tokyo, Selfridges in London, and at boutiques in major cities, including Colette in Paris, Dover Street Market in London and Tokyo, Maxfield in Los Angeles, and The Corner in Berlin.

On the print side, Apple recently launched a 12-page advertorial in US Vogue. In a bid to attract wealthy Asian customers, supermodel Liu Wen appeared on the cover of Chinese Vogue wearing the device.

It remains to be seen whether or not the company’s marketing blitz and expansion into luxury stores will have an impact on sales. According to a January report from IT research firm NPD Group, smartwatches currently hover at 2% market penetration, and nearly half of the smartwatch owners surveyed (48%) had an income below $45,000.

However, Apple's entrance into wearables is expected to give the overall market a boost, especially after the disappointing sales of Android Wear. Still, it is not known if the Apple Watch will be a short-term phenomenon, or one that translates into long-term growth of wearables.

Nathan Eddy is a freelance writer for InformationWeek. He has written for Popular Mechanics, Sales & Marketing Management Magazine, FierceMarkets, and CRN, among others. In 2012 he made his first documentary film, The Absent Column. He currently lives in Berlin. View Full Bio
We welcome your comments on this topic on our social media channels, or [contact us directly] with questions about the site.
Comment  |
Email This  |
Print  |
RSS
More Insights
Webcasts
The 6 Must-Haves for Practical Cloud Security
Cloud Security Threats Enterprises Need to Watch
More Webcasts
White Papers
Let's Talk: Why Language Matters in Cybersecurity
6 Emerging Cyber Threats That Enterprises Face in 2020
More White Papers
Reports
Apex Report: Global Cyber Infection
2019 State of Privileged Access Management (PAM) Maturity Report
More Reports