Apple announced Monday it has struck a multiyear agreement with China Mobile that makes the iPhone available on the world's largest mobile network. The iPhone 5s and iPhone 5c will both go on sale at China Mobile's retail shops, as well as Apple's own stores, beginning Jan. 17. Customers will be able to preorder the devices beginning Dec. 25, but pricing wasn't immediately revealed.

To date, the iPhone hasn't fared as well in China as have Google's Android devices. One reason is its lack of availability with China Mobile. The network operator boasts 700 million customers -- or about seven times as many as AT&T or Verizon Wireless in the US. China Unicom and China Telecom both sell the iPhone, but have far fewer customers than China Mobile.

China Mobile is just getting its 4G network off the ground, and the iPhone 5s and 5c will support that, too. China Mobile says that its TD-LTE 4G network is available in 16 cities already, and it will expand to 340 cities by the end of 2014. Launching with support for China Mobile's new 4G network might convince a lot of customers who have older 3G devices to jump to the iPhone. 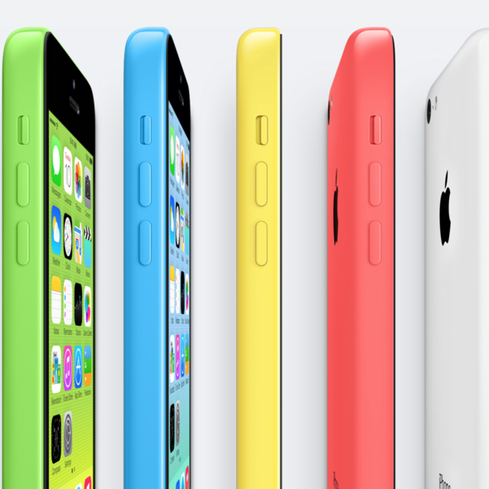 "Apple has enormous respect for China Mobile and we are excited to begin working together. China is an extremely important market for Apple and our partnership with China Mobile presents us the opportunity to bring iPhone to the customers of the world's largest network," said Tim Cook, Apple CEO. "iPhone customers in China are an enthusiastic and rapidly growing group, and we can't think of a better way to welcome in the Chinese New Year than getting an iPhone into the hands of every China Mobile customer who wants one."

Apple's success with China Mobile will depend on a lot of factors that aren't yet known. For example: pricing of the device, both with a contract and without. Apple will be fighting against tons of low-cost, Chinese-made Android smartphones from the likes of Huawei, ZTE, Coolpad, Meizu, and others. Pricing of service plans, too, will play a large role in just how successful the device is. If China Mobile offers the iPhone at similar service price points to Android devices, then it might have a better chance.

We welcome your comments on this topic on our social media channels, or [contact us directly] with questions about the site.
Comment  |
Email This  |
Print  |
RSS
More Insights
Webcasts
Protecting Your Enterprise's Intellectual Property
ROI and Beyond for the Cloud
More Webcasts
White Papers
From MFA to Zero Trust
The 2020 Duo Security Trusted Access Report
More White Papers
Reports
The State of Threat Detection and Response
Building an Effective Cybersecurity Incident Response Team
More Reports

Nothing like the availabilty of an installed base of 700 million to make you willing to modify your product, even if you are Apple. This will put the company in a great position to take advange of the new TD-LTE 4G network, and perhaps even have a hand in its development. The possibilities seem endless.
Reply  |  Post Message  |  Messages List  |  Start a Board
Editors' Choice
Hot Topics