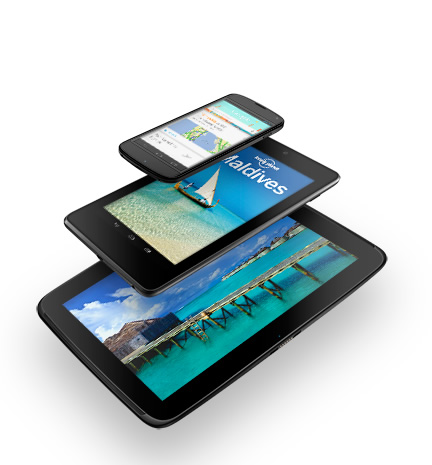 We welcome your comments on this topic on our social media channels, or [contact us directly] with questions about the site.
Comment  |
Email This  |
Print  |
RSS
More Insights
Webcasts
Protecting Mobile Apps and APIs from the Inside Out
Why Performance Testing is More Critical Today
More Webcasts
White Papers
Getting The Right Cloud Management
Critical Capabilities for Attack Surface Management
More White Papers
Reports
The New Face of IT Automation
Annual Threat Intelligence Report: Perspectives and Predictions
More Reports

You have to give Google points for aggressive pricing. An cutting edge unlocked phone for $299!? That is a pretty big drop from the $500-$600 others charge. However, It does not have LTE that will make it a non-starter for many, t-mobile customers will like the deal. The Nexus 7 will keep selling well at $200-250. I am not sure about the 10" tablets. $400 is not a bad price but when they are down to $300 the floodgates will open.
Reply  |  Post Message  |  Messages List  |  Start a Board

I love the pricing, but it's due to lack of LTE, that's a heart breaker.
Reply  |  Post Message  |  Messages List  |  Start a Board
Editors' Choice
Hot Topics