Google Glass Enterprise Edition: What We Know So Far - InformationWeek

The rumored Google Glass Enterprise Edition looks more like a maintenance release to placate the company's handful of Glass at Work partners until the company finds a way to reimagine and reinvigorate the project.

The next version of Google Glass appears to be intended for businesses. According to a report from 9to5Google, Google is testing an "Enterprise Edition" of its computerized eyewear.

The website reports that the device will have a larger prism display and an Intel Atom processor, which presumably will offer better performance and battery life. The initial consumer-oriented version of Glass came with a TI OMAP 4430 processor. Last November, The Wall Street Journal reported Google's intention to shift to an Intel chip.

In an email to InformationWeek, Google confirmed only that work on Glass continues, as the company said when it ended the Google Glass Explorer program in January. "The team is heads down building the future of the product and we're not commenting on rumor or speculation," a spokesperson said in an email.

A glimpse of the future of Glass appears to have surfaced at the Federal Communications Commission. Recent regulatory filings indicate that Google submitted a device designated "GG1" for FCC evaluation and approval. 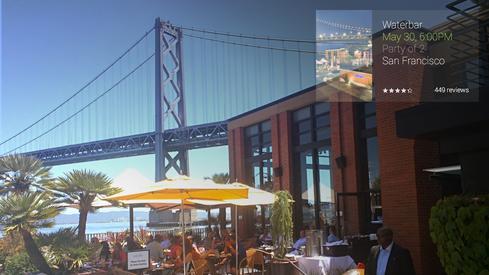 "GG" likely stands for "Google Glass." Also, appropriately for a device worn on the head, the FCC SAR evaluation documents mention "head exposure" and "head phantoms," models of the human head used for radio-frequency exposure testing by the agency. They also describe the device as "irregular" in shape, which fits Glass.

An additional point of association with Google Glass: The Google regulatory compliance officer corresponding with the FCC is Warwick Wong, whose name showed up in previous FCC filings related to Glass. Wong's LinkedIn profile says that he works for Google [X], the experimental technology group that oversaw Glass until earlier this year, when the project was moved to Tony Fadell's Nest home automation group.

Whether Fadell is overseeing Google Glass Enterprise Edition isn't clear. In May, at Google's Zeitgeist conference in London, Fadell described that sounds like a substantial revision of Google Glass to the Financial Times: "We've decided to go and look at every detail, have no sacred cows and figure out the way forward," he said. "I have a really engaged team, they're really excited about the future and expect more things to come soon."

Google Glass Enterprise Edition doesn't appear to be all that exciting – the one notable innovation reported by 9to5Google is a Google-made external battery pack to extend device availability in the field. Given Nest's focus on the consumer market segment, it would make sense if Fadell's effort to rethink Glass ends up as a consumer product, at least initially.

The Wall Street Journal last year said Google still views Glass primarily as a consumer device, noting that fewer than 5% of the more than 300 employees working on Glass (at the time) focused on Glass at Work, the company's enterprise wearable program.

Historically, Google has tended to rely on partners to adapt its mass-market products and services to enterprises. Assuming that's still the case, Google Glass Enterprise Edition looks more like a maintenance release to placate the company's handful of Glass at Work partners until Fadell's group finds a way to reimagine and reinvigorate the project.

Thomas Claburn has been writing about business and technology since 1996, for publications such as New Architect, PC Computing, InformationWeek, Salon, Wired, and Ziff Davis Smart Business. Before that, he worked in film and television, having earned a not particularly useful ... View Full Bio
We welcome your comments on this topic on our social media channels, or [contact us directly] with questions about the site.
Comment  |
Email This  |
Print  |
RSS
More Insights
Webcasts
How the Rapid Shift to Remote Work Impacted IT Complexity and Post-Pandemic Security Priorities
Managing a Hybrid Cloud Infrastructure
More Webcasts
White Papers
2020 SANS Enterprise Cloud Incident Response Survey
The Top 5 Mistakes Everyone is Making in Vulnerability Remediation
More White Papers
Reports
2021 Application Security Statistics Report Vol.1
The State of Cloud Computing - Fall 2020
More Reports

One thing the FCC does not test for, that Google warns about, is the possibility of headaches from extended use of Glass.
Reply  |  Post Message  |  Messages List  |  Start a Board
Editors' Choice
Hot Topics