Samsung's Galaxy S phones have become the closest thing to the mythical "iPhone killer" of Android fans' dreams. Here's a look at the next version's likely features. 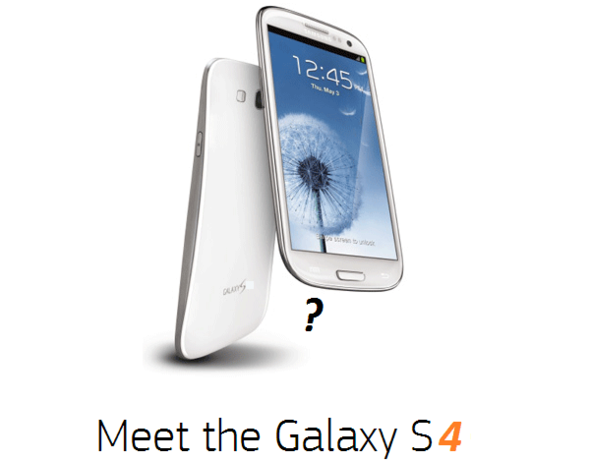 When it comes to tech innovation, who's better--Samsung or Apple? This topic generally results in verbal fisticuffs on message boards, with fanatics from both camps (Android and iOS) hurling nasty insults at one another. But, hey, it's all in fun ... right?

Whatever your views on the ongoing Samsung vs. Apple saga, it's hard to disagree with the statement that Samsung's Galaxy S phones have become the closest thing to the mythical "iPhone killer" of Android fans' dreams. In fact, Samsung announced last month on its flickr page that it has sold (into the channel) more than 100 million Galaxy S phones since launching the series in May 2010. Even more impressive are sales figures for the Galaxy S III: 40 million shipped in just 7 months. (The S III debuted in May 2012.)

Samsung's going gangbusters in the overall mobile phone market as well. According to research firm Strategy Analytics, the Korean tech giant shipped just under 400 million cellphones in 2012, and accounted for 25% of all mobile phones shipped worldwide.

Samsung's phone sales will likely get another big boost when its next-generation S phone--likely named the Galaxy S IV--arrives in the coming months.

What can we expect from the S IV? Rumors suggest a characteristically thin design with a slightly larger display, as well as a series of finely tuned enhancements that manage to boost processing power and reduce energy consumption, make battery-charging a bit less cumbersome and utilize the device's improved cameras in innovative ways that go beyond conventional video- and photo-shooting.

The Galaxy S IV may be Samsung's flagship phone, but it certainly isn't its largest. That distinction goes to the Galaxy Note 2, a behemoth phablet with a 5.5-inch display and a pressure-sensitive stylus. The popularity of the Note 2 -- Samsung claims it sold 5 million of the devices within two months of the product's launch -- and well as reports of an upcoming Note model with an even larger 6.3-inch screen, may keep the Galaxy S series from growing supersized. It may remain the Note's slighter smaller--yet more sophisticated--sibling.

Indeed, if months of rumors of the Galaxy S IV's features are accurate, it would appear Samsung is focusing more on refining the phone's existing features rather than expanding the device to phablet-like proportions.

Samsung didn't return our request for comment on this story, and it's a safe bet that it won't be revealing any significant S IV specs before the phone's launch event.

Click through the slideshow below to see the latest Galaxy S IV predictions.