Every time Microsoft releases a major version of Windows, the same old stories about learning curve and enterprise adoption get dragged out and written--again. Why do we treat them as news?
Larry Seltzer
Contributor
August 10, 2012

Now that Windows 8 has been released to manufacturing and arrival in the real world is imminent, I am reminded of the many stories I see every time there is a new Windows release. Usually they are true to some degree, but have a misplaced emphasis, especially when being promoted as new or insightful.

Every new version brings out a lot of concern that this will be the version that fails. Like Vista failed, right? Remember, folks, Microsoft's Vista sales were in the hundreds of millions. Most companies would be happy with such "failures".

But the main NWVTs (New Windows Version Tautologies) I have in mind are far short of failure.

Yes, there is an upgrade installation process, but "everyone knows" that you're better off doing a clean install.

I've done both with new Windows versions, and clean installs are clearly more reliable, but if I had a full image backup I wouldn't be afraid to do an upgrade. I use Windows Home Server so all my PCs get image backups every night.

Any organization big enough to have an IT department is probably working with pre-defined system images, which are clean installs that can be performed on any computer, with all user data stored remotely. This means that if a system is suspect in any way you can just do a clean install of the base image. Instead of upgrading PCs, you would make new Windows 8 images.

For consumers, the main point is one that Microsoft has been making for a long time: The vast majority of users get their OS pre-loaded on a computer they buy. It's not usually worth upgrading Windows.

So, as a general matter, the upgrade issue is not an issue for business. For consumers, if they want it they can do it, but doing it without a full backup is a bad idea. 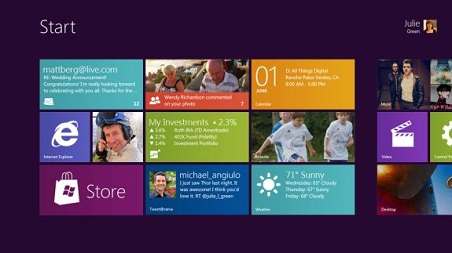 "How come the PC I got for college seven years ago won't support the new Windows?" We hear something like this all the time, although it's not as true as it used to be. Both Windows 7 and 8 claim to run fine on the same PCs that ran Windows Vista. Certainly Windows 8 makes device support a bit more complicated in that it supports many completely new system types--but in theory you should be able to run it on older PCs. Whether there's any sense in running Windows 8 on an older non-touch PC is not clear.

The main point to remember is that Microsoft always designs Windows for the next generation of hardware, not the last one, because (to repeat) almost everyone gets Windows with new hardware and very few users upgrade.

3. Enterprises Will Be Slow To Adopt

You can reprint the same story every new version of Windows: "Surveys show that enterprises are planning to do no more than to evaluate the new version for at least a year, and large-scale deployments could take many more years."

Well, yeah, of course. Large organizations have to be cautious with rolling out new systems. They need to test their software and hardware thoroughly before deploying; they have to do test deployments; and they have to deploy in stages so that anything that goes wrong will be of a magnitude they can handle.

This is always true no matter what the enterprise thinks of the new version. In some cases--this happened a lot with Vista--enterprises let older Windows XP systems live on. Those systems have no future with any other operating system, so they will be replaced by new ones running Windows 8 or--more likely in the near term--Windows 7.

4. The Old Version Works Fine For Me

Some people lease cars so they can get a new one every few years. Some people drive their old car into the ground. It's like that with computers and many people, especially if they have specific tasks for specific computers. If it works fine, why upgrade it at all? This is a reasonable point, up to a point.

Take Windows XP. We're coming up on 11 years since this operating system was released and, according to Net Applications, in July XP was still on 42.86% of the systems on the Internet, the largest number of any OS major version, although just barely ahead of Windows 7.

Even many large, respectable organizations still run Windows XP systems. Part of the problem here is that Microsoft has committed to providing security updates for it until April 2014, but even so there are limitations in its architecture which make it inherently less secure than more recent versions of Windows.

But if it gets the job done and you're careful about how you use it, why not leave it alone? The validity of this position is independent of whether newer versions are better.

5. They Changed Everything And Now I Have No Idea Where It Is

Probably techies like me (and you?) roll our eyes when people are perplexed by a new Windows interface, but it's a true enough point, and raises the fact that training is an inevitable part of the cost of any new major Windows deployment.

Perhaps you can see how the various truisms are related: enterprises are slow to adopt in part because the old hardware works fine and the new versions don't support it well. Yes, eventually we'll have to move on from this system--perhaps when there's no longer any official support--but in the meantime there's no reason to change.

So all of these complaints of Windows versions are true to some degree and always will be: just don't confuse them with valid criticism of any particular version of Windows, including the one we are about to get.