Windows 8 adoption carries some possible trouble and many potential benefits for small and midsize businesses. Use these factors to decide if it's worth the risk.
Kevin Casey
Contributor
November 16, 2012 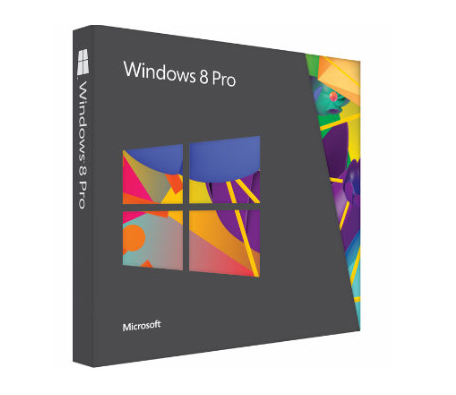 Woe is Windows 8: Its post-launch thunder has been stolen by the very company that made it. Steven Sinofsky, the executive in charge of Windows, abruptly left the company. As tends to happen with companies of Mircosoft's size and stature, that has spawned plenty of hand-wringing and speculation about what that might mean for the Windows franchise and other product lines.

There are surely some minor kinks to work out (and maybe some major ones). But amidst the corporate hullabaloo in Redmond and the possibility of more changes to come, small and midsize businesses (SMBs) still have a new OS to consider, particularly if they've got technology refresh plans on the 2013 docket.

Windows 8 adds a significant new variable to the "if, when, what, why" equation that results in an OS upgrade decision. Plenty of SMBs are either in the middle of or have recently completed a Windows 7 move. And then there are the many organizations still running XP who now face a choice between Windows 7 or making the leap to Windows 8. The latter -- which means skipping two versions of Windows -- is certainly possible, though perhaps not for the faint of heart. But even if you've already made up your mind to stick with Windows 7, it would be short-sighted to pretend Windows 8 doesn't exist.

A forward-OS strategy takes into account not just next year but the next 10 (or more). Windows 8 won't be the final time Microsoft reboots its ubiquitous software. Time flies when you're talking technology; Windows 9 (or whatever name it will go by) will no doubt be upon us before you can spell obsolescence. Some industry people will even tell you to expect new Windows releases more frequently in the future.

Let's not forget the fact of consumerization. Even organizations that pass on Windows 8 -- and there will be lots of them -- will almost certainly still see Windows 8 in their offices and on their networks. Microsoft's consumer-focused advertising to date certainly seems to be betting on that. (Smart SMBs that embrace BYOD in managed fashion might consider using their policy as a strategic, low-cost way to test Windows 8 in business environments.)

In the Windows 7 versus Windows 8 debate, the latter is generally considered the riskier move. Windows 7 is battle-tested and generally well-regarded (unlike its predecessor, Vista), making it the safe pick. Windows 8 is brand-new for everyone, aside from folks who have been testing it from day one in pre-release versions. New can be exciting. New can also mean "unknown," which some IT pros and other lines of business find anything but exciting.

The price of making the safe pick often comes with forgoing the upside in the riskier option, though. There are without a doubt upsides in Windows 8. For starters, Windows shops finally have legitimate tablet options. Apple's iPad might continue to dominate for the foreseeable future, but it's no longer the only game in town. Far from it, in fact.

Then there's the fact that touch-obsessed users can now swipe their way through the traditional desktop or laptop experience -- something that's not possible on Macs, the primary alternative to Windows-based PCs.

The new Windows Store (which is exclusive to Windows 8 users) also creates vast possibilities for business. It has a long way to go before it's in a league with the apps marketplaces offered by Apple and Google. But there's a lot of promise for SMBs there, especially given the historical foothold Windows has enjoyed in corporate environments.

SMBs that take the Windows 8 plunge will do so for a wide variety of reasons, but likely with a unifying theme: The risks are outweighed by the rewards. In fact, we've come up with eight rewards, to be exact. Let's look at these key reasons why SMBs and other organizations might find Windows 8 more appealing than its predecessors.