50%
Tweet
Odds are, almost every household in the United States bought or used at least one Microsoft-related product in 2010. From smartphones to game consoles, entertainment software to applications, cloud computing infrastructure to expanded search engine agreements, the developer increased its footprint across earth and cyberspace. This year marked one of new beginnings and some endings for Microsoft, which released its long-awaited Windows Phone 7 operating system, the software giant's answer to Appl 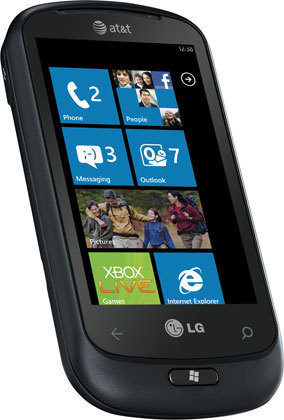 Microsoft in October entered the smartphone fray when it debuted the much-ballyhooed Windows Phone 7 operating system, designed to compete with Apple's iPhone and Google's Android. Like rival Apple, Microsoft partnered with AT&T in an exclusive agreement, and touted the OS's ease-of-use, speed, and user-friendly interface as differentiators. Hardware vendor partners include HTC, LG, Samsung, and Dell. Microsoft has not disclosed figures, but some reports show the software giant's foray is off to a disappointing start. U.K. retailer MobilesPlease told Electronista that only 3% of its sales are coming from WP7, and Android devices are out-selling WP7 devices 15 to 1. Symbian devices are also out-selling WP7 devices, though at a 3 to 1 ratio.

On November 8 -- the day it became commercially available -- 40,000 consumers purchased WP7 devices in the United States, according to TheStreet.com. That number has not been confirmed by Microsoft.

Microsoft did not completely stray from its roots, launching a new version of Office for both Mac and Windows users. But the company that made millions by developing software the old-fashioned way saw its Windows Azure cloud offering gain traction as clients such as eBay and partners like HP publicly came aboard. A year after it was inked, another partnership--this time with Yahoo--bore fruit, as the once dominant search engine site began using Microsoft's Bing to power its results.

However, Microsoft made some public missteps along the way. Critics were stunned when, less than two months after its heavily promoted debut, the Kin phone line was killed. And many in the industry were saddened to hear that Ray Ozzie, an industry veteran and the developer behind Lotus Notes, planned to retire after five years at Microsoft.

Steve Ballmer, who sent employees a public statement about Ozzie's retirement, hit the news himself when he said he would sell up to 75 million shares by year's end; in fact, he sold 49.3 million, earning more than $1 billion, to be used for diversification and year-end tax planning, according to a statement. Microsoft itself earned $62.48 billion for its financial 2010, ended June 30, compared with $58.44 in the prior year.