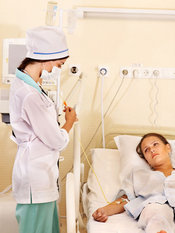 Is That Healthcare Website Making You Sick?
(click image for larger view and for slideshow)
For a lot of patients, just the thought of asking their doctor how much a check-up, X-ray, or lab work costs can feel awkward. But a new mobile app makes it easy for many patients to find that information without confronting their doctors or their staff.

Castlight Health, which provides an online shopping platform for healthcare, recently introduced a new mobile app that lets consumers use their smartphones to access healthcare pricing and quality data about their providers.

Castlight Mobile is available as a native application on Apple iOS and Google Android devices, and is also accessible to Blackberry and other smartphone users via an optimized mobile Web offering. The application is free to all employees of Castlight's employer customers.

Those customers include Regis Corp., which operates 8,000 corporate-owned hair salons, including Supercuts, nationwide. Regis in March rolled out Castlight, which employs 50,000 workers in the U.S., including 17,000 full-time employees who are eligible for health benefits.

Most of Regis Corp.'s health plans from Aetna have high deductibles, ranging from $2,500 to $5,000, while the average Regis employee is 27 years old and female, said Allison Brown, Regis' director of employee services.

Although many of those employees work in salons, others are field managers who often are on the road. "When someone has an illness or an accident when they're away from home, panic sets in," said Brown.

The mobile app allows Regis' traveling employees to use their smartphones to find providers in their health plan network who are located near their hotel and "gives them cost information, and a map and play-by-play directions to get there," she said. "It's been really helpful."

The mobile app is also convenient for employees in other industries, including field salespeople, grocery clerks, truckers, and manufacturing workers, who are often on the road or don't have desk jobs providing easy access to computers or the Web, said Ethan Prater, VP of products at Castlight, a venture-backed company whose investors include the Cleveland Clinic and Morgan Stanley Investment Management.

Castlight has an interesting family tree. The San Francisco-based company was co-founded in 2008 by CEO Dr. Giovanni Colella, who also co-founded RelayHealth, which was acquired by McKesson. Castlight's other co-founder was Todd Park, former chief technology officer of the U.S. Dept. of Health and Human Services, who was recently named CTO of the U.S., replacing the nation's first CTO, Aneesh Chopra.

The "secret sauce" of Castlight's offering is the company's "data sources," including employer healthcare claims, data about negotiated rates, and quality data from centers of excellence, on which Castlight applies algorithms to calculate cost and quality information about providers, said Prater. The company provides its services to self-insured employers, including companies in the retail, manufacturing and financial services industries, who often offer employees high-deductible health plan choices, he said.

This "healthcare transparency" is delivered to Castlight's client's employees via a Web-based portal that allows consumers to shop for healthcare and make their choices based on quality ratings of healthcare providers in their networks, as well as cost information, such as out-of-pocket expenses.

For many Castlight clients such as Regis, the service replaces stodgy, static books that were mailed to employees annually to inform them about providers in their health plan networks. But even that information didn't contain price data, said Brown.

"When people go into their doctor's office for a routine annual check-up, there are often services, like tests that show up as itemized costs on their bills later, and some of those things aren't covered," said Brown. The Castlight service allows Regis employees to check out this cost information for tracking their out-of-pocket expenses before making an appointment. The mobile app can help Regis workers find healthcare info on the fly when they're ill and looking for care from providers who might include nearby retail or workplace clinics.

"The information is easy to find and easy to use for a lay people," she said.

Regis is in the midst of rolling out wireless networks in its salons nationwide so employees can have easier access to this health information from work, she said.

Some Regis employees already have been saving out-of-pocket costs by using Castlight's services, Brown said. That includes one employee whose doctor billed her a higher fee than what was listed for that doctor on the Castlight portal. The employee successfully requested a fee correction from the doctor's office, she said.

"Doctors often can't talk about price," she said. And at the same time, "there's something about doctors' white coats that have patients saying yes to everything," she said.