IT organizations maybe be contemplating moving some or all of their enterprise applications to the cloud, but for many of these shops the move is still in the planning stages and not the execution stage, according to Alyssa Johnson, the incoming president of the Oracle Application Users Group (OAUG).

The group is an education, advocacy, and networking group for Oracle applications users with close to 2,000 member companies. 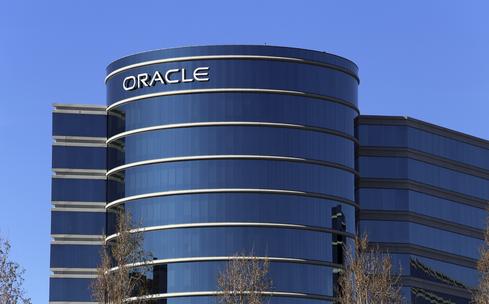 Johnson told InformationWeek in an interview that she believes the typical enterprise is still planning for the cloud.

"The C-level executives that I talk to know there is a cloud imperative," she said. "Right now it's really about planning their roadmap," although there are a "spectrum of timelines" for these cloud initiatives.

Oracle's roots in on-premises databases and enterprise applications match up to its customers in that way. Cloud is a small and growing business at Oracle. But the tech giant made a big commitment to the cloud during last year's OpenWorld user event, even as some IT user organizations admitted they were in no rush to embrace the cloud.

[IaaS, PaaS, and SaaS. What do they all mean? Read Comparing Cloud Vendors: A Primer for IT.]

This year, both Oracle and its IT organization companies have moved further down the cloud path. Johnson said that some of those IT shops are planning for hybrid cloud implementations, and that Oracle will be ready for them.

The company is ramping up a series of announcements around its cloud technologies. Former CEO and current CTO Larry Ellison told IT organizations in his Sunday night Oracle OpenWorld keynote address that Oracle's infrastructure-as-a-service offering's second generation is designed to beat Amazon's AWS in the market Amazon created.

Oracle's IaaS offerings will include bare metal cloud servers that are 11.5 times faster and 20% cheaper than the fastest solution offered by Amazon, according to Ellison. These additions to the Oracle Cloud Platform offer customers both multi-tenant and single tenant environments.

Such enhancements focus on the IaaS part of Oracle's cloud, which has been tiny. Gartner concluded that Oracle did not have enough marketshare to qualify for its Infrastructure as a Service Magic Quadrant Report released in August.

But tiny or big, new serious entrants into this IaaS market will give IT organizations more choices, and a competitive market with choices is always ultimately better for customers. Even if IT organizations haven't jumped on Oracle's IaaS bandwagon yet, IT shops are taking a serious look at Oracle's other cloud offerings in the form of software as a service (SaaS) and platform as a service (PaaS).

Johnson told InformationWeek that OAUG members who have been the quickest to adopt cloud solutions have concentrated in particular areas.

For instance, quite a few users of the Oracle CPQ (configure, price, quote) have been moving to the cloud and are already there. Johnson believes more organizations will start making cloud their first choice when they are choosing between on-premises and cloud.

Oracle has been working to make that easier by setting a goal of ensuring that systems based in the cloud are the same functionally as systems based on-premises. Johnson said that there are still gaps that need to be filed, but they are in particular niches. For instance, the eBusiness Suite matched for the discrete manufacturing vertical, but not for the process manufacturing vertical.

Although IT organizations haven't rushed to the cloud, there are strong drivers for them to make the move, Johnson said. Speed is one of them.

"Sometimes a typical IT organization responds more slowly than what business users are demanding," Johnson said, and SaaS can provide that greater speed.

SaaS also offers lower total cost of ownership (TCO) because IT no longer has to maintain the infrastructure for the software solution. The software is always up-to-date, since SaaS providers generally update their software a few times a year.

On-premises enterprise application software implementations, by contrast, are multi-year projects. Updates and upgrades are not for the faint of heart, and so they are often delayed. The lag sometimes means that the software can be a decade or more old before it is updated.

This week Oracle will make its cloud pitch to IT organizations that are planning their cloud roadmap and timelines.

It's still unclear whether the concerns Johnson said kept some IT executives away from the cloud -- security, complexity, and issues around change management -- will continue to outweigh the drivers that are moving enterprises to embrace the cloud.

Jessica Davis is a Senior Editor at InformationWeek. She covers enterprise IT leadership, careers, artificial intelligence, data and analytics, and enterprise software. She has spent a career covering the intersection of business and technology. Follow her on twitter: ... View Full Bio
We welcome your comments on this topic on our social media channels, or [contact us directly] with questions about the site.
Comment  |
Email This  |
Print  |
RSS
More Insights
Webcasts
Take DevOps to the Next Level
Using MS Teams as Your Phone System - FREE Event 4/14
More Webcasts
White Papers
2020 SANS Enterprise Cloud Incident Response Survey
The Top 5 Mistakes Everyone is Making in Vulnerability Remediation
More White Papers
Reports
Intelligent Outcomes Are Key to Business Resilience
Are Unprotected Cloud Databases Leaking Your Data?
More Reports