Harlan Stenn, chief maintainer of the Network Time Protocol, remains in limbo between full-time NTP work and a return to private consulting.

Harlan Stenn, Father Time to some and beleaguered maintainer of the Network Time Protocol (NTP) to others, remains in limbo over whether he will continue as project leader of the Internet's time synchronizing protocol.

Stenn said in an InformationWeek story published March 11 that he would make up his mind at the end of April whether to continue his full-time work maintaining NTP and issuing new releases, or return to private consulting, a line of work that he once found lucrative.

Stenn remains in talks with the Linux Foundation, which financed his work to the tune of $84,000 a year through April 30. The Linux Foundation provided another $36,000 to Poul Henning Kamp, a developer in Denmark, who is working on "a lean, mean, timekeeping machine," in Stenn's words, or advances to the protocol. NTP is used by many businesses for functions such as equities trading, manufacturing timekeeping, and Internet servers. NTP synchronizes the time between two systems to provide an agreed-upon time stamp.

Asked whether there's any delay in the foundation's decision, Stenn, reached by phone on Thursday at his NTP Lab in Talent, Ore., said talks remain ongoing and it wouldn't be wise for him to lobby the foundation through the press. He acknowledged that he turned down one foundation proposal in April that put requirements on NTP's development process that he refused to agree to. Stenn said that the foundation is trying to be strictly accountable to its supporters over the money it gives out, while he's trying to protect the integrity of his own work processes.

That means the spigot that provided $7,000 a month to his efforts has, at least temporarily, been turned off.

[Want to learn more about the Network Time Foundation? See NTP Needs Money: Is A Foundation The Answer?]

Stenn's responsibilities have evolved over time to not only managing release cycles of the protocol, but also to serving as systems administrator of servers in two locations near San Jose, Calif. The Linux Foundation's Core Infrastructure Initiative has the stated goal of financing further development and maintenance of key open source code. Stenn's activity means he incurs travel expenses, mail list and server administration expenses, and other costs not strictly related to NTP's code development.

The foundation launched the Core Infrastructure Initiative in April 2014 to provide a source of reliable funding for open source projects that were integral to the operation of the Internet but lacked means of support. Twenty foundation members finance the subsidies, with an advisory board guiding the initiative on choosing which projects are most essential to continued operation of the Internet.

Before April 30, when his existing grant ran out, Stenn had applied to the Linux Foundation to continue to support his work, as it had for the previous 12 months. Stenn told InformationWeek in March that if he wasn’t successful in raising more funding, he would return to private consulting work and work on NTP part time, devoting about 20-30 hours a week to the project. 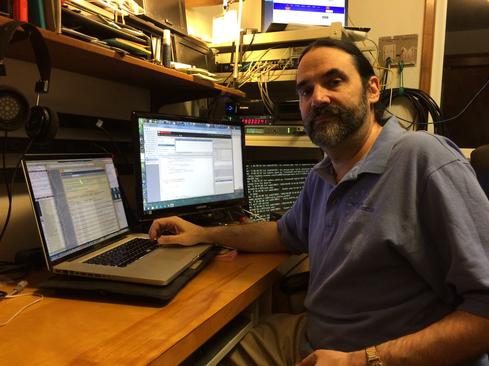 Asked Thursday if that was still the case, Stenn said: "Today I'd say I will have to decide that in a month, but then something may happen this afternoon that could change things. I just don't know."

Stenn came under criticism after the March 11 article described his long work weeks on NTP and lack of personal vacation time. "I saw the comments that I must be lousy at time management," he said. On Slashdot, a developer-oriented site, one reader commented that Stenn could disappear and no one would really notice.

"What the hell is there to fix in a protocol that returns a string of numbers?" asked an anonymous commenter in March on Slashdot.org.

At the time, Stenn replied cryptically: "The premise is incorrect."

But the description of his NTP release management and devotion to the project drew much favorable comment, as well as 769 "likes" on Facebook.

As of March 19, the Network Time Foundation had received about $8,000, mainly from individual donations, on the heels of the March 11 article.

Stenn said he will provide a detailed 990 nonprofit tax form accounting of how the money was used in the next 10 days. He said it will show about $15,000 of the foundation money was used to subsidize his development work. The rest went to bookkeeping; legal expenses, pay for a part-time director for foundation business development, Sue Graves; web services; design services; and other foundation expenses.

Stenn contrasted the $105,000 in income for NTP with the ISC's $3 million to maintain the crucial Bind code base of the Internet's Domain Name System. The NTP code base is only slightly smaller than Bind, he said.

"It's frustrating. I think we're right on the cusp of having no money and enough money," said Stenn.

During the Linux Collaboration Summit in Santa Rosa, Calif., in February, Linux Foundation Director Jim Zemlin listed NTP as one of three early targets of support by the Core Infrastructure Initiative. "There are certain projects that have not received support commensurate with their importance," he said. "Too many critical open source software projects are underfunded and under-resourced."

[Editor's note: This article was updated regarding the NTP Foundation's 2014 income, which had been referred to as the Linux Foundation's income.]

Stenn receives some support, just enough to complicate the picture of his stringent finances. VMware is the NTP Foundation's largest corporate backer. I've not confirmed it but I believe it is a premier sponsor at $50,000. Other sponsors and miscellaneous donors include: the German NTP server company, Meinberg; NetBSD, Infoblox, BitKeeper, Microsemi and Deer Run Assocaites at much lower levels. They are either on the "institutional members" or donors Web pages. In the past, both Google and IBM have been indirect donors by supporting the Linux Foundation's Core Infrastructure Initiative. The Linux foundation provided $84,000 to Stenn through 2014-2015. Other donors, including VMware and all corporate donors, provided $105,000 to the NTP Foundation in 2014. The $84,000 ran out in April and so far has not been renewed.
Reply  |  Post Message  |  Messages List  |  Start a Board
InformationWeek Is Getting an Upgrade!