Apple, according to a published report, is continuing its major investment plans to better serve its customers and compete with other cloud-based service companies.

Apple is known for investing time and money into designing top-of-the line products for discerning, style-driven customers, but a Bloomberg report suggests the company is also making a big push to upgrade its networking and data center infrastructure.

Specifically, Apple is building a high-speed network and upgrading its data centers as it moves more deeply into providing cloud-based services, according to unnamed sources familiar with the plans who spoke to Bloomberg.

"User experience is very important to Apple, but delivery of its content is the one part of that experience it doesn't control," Andrew Schmitt, an analyst at IHS Infonetics Research, told Bloomberg. "If they want to control and maximize that user experience, they're going to have to control that last piece."

According to the June 8 report, the investment will run into the billions and cross the US. Apple wants to own its own connecting pipes between its four US-based data centers. In keeping with the company's innovative prowess, it is looking into new technologies that would allow it to move more data at faster speeds. 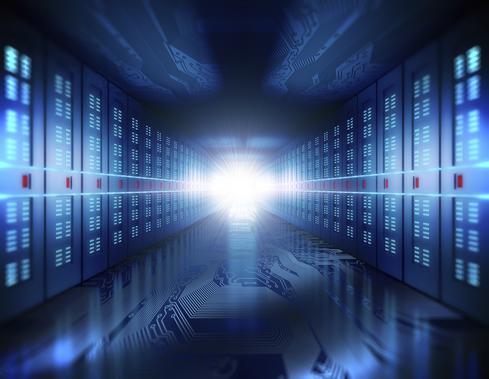 Apple is not the only tech giant to want more control over networking and infrastructure to deliver services to clients.

Microsoft, Amazon, and Google have been steadily making investments in their data centers in the last few years. Earlier this month Microsoft announced it will make a substantial investment to build two new high-security commercial cloud computing data centers, one in Toronto and the other in Quebec City. In addition, Redmond is investing in an undersea cabling project that can better deliver cloud services to Asia.

Additionally, Google, Facebook, and Microsoft are all building data centers in Iowa. The search giant recently announced it is investing more than $300 million in an expansion of its data center in Lithia Springs, Ga.

Apple, it seems, is following that trend.

"Apple has slowly built out its data centers in the past five years," Tavis McCourt, an analyst at Raymond James Financial told Bloomberg. "As they serve up more things from the cloud to more and more customers, they’re going to need to scale up."

The unnamed Bloomberg sources declined to specify which cities Apple would make infrastructure investments in, though the article does identify where Apple's four data centers are: California, Nevada, North Carolina, and Oregon.

In February, Apple said it would invest $2 billion to build up a data center in Mesa, Arizona. It also announced a nearly $2 billion plan to build and operate two data centers in Europe, each powered by 100% renewable energy.

Those two data centers located in Ireland and Denmark will power Apple's online services, including the iTunes Store, App Store, iMessage, Maps, and Siri for customers across Europe.

[Read all the news from this year's WWDC. ]

Apple's network upgrades will surely be needed in the wake of the company's announcement of a new streaming music service for the iPhone, iPad, Mac, PC, Apple TV, and Android called Apple Music, which the company unveiled at its annual Worldwide Developer Conference (WWDC) on June 8.

The service, which will cost $9.99 a month, will be available starting on June 30 in more than 100 countries. It aims to compete squarely with other market offerings like Spotify others. (There's also a family plan for $14.99 a month that allows up to six people to use an account simultaneously.)

Nathan Eddy is a freelance writer for InformationWeek. He has written for Popular Mechanics, Sales & Marketing Management Magazine, FierceMarkets, and CRN, among others. In 2012 he made his first documentary film, The Absent Column. He currently lives in Berlin. View Full Bio
We welcome your comments on this topic on our social media channels, or [contact us directly] with questions about the site.
Comment  |
Email This  |
Print  |
RSS
More Insights
Webcasts
The Experts Guide to Ransomware Response
Multi-Cloud Data Management for Modern Applications
More Webcasts
White Papers
Are We Cyber-Resilient? The Key Question Every Organization Must Answer
Improve your business with a Virtual CISO
More White Papers
Reports
The State of Cybersecurity Incident Response
The Infoblox Q4 2020 Cyberthreat Intelligence Report
More Reports