How Quickly Are Companies Really Adopting Cloud? It's Complicated - InformationWeek

While cloud computing is becoming ever-more common in enterprise IT, what the hype leaves out is that most companies are still relatively early in the adoption cycle.

One company saw the promise of cloud computing early on, went all in, and continues to embrace bleeding-edge cloud technologies. Another stubbornly clings to existing mentalities, an on-prem virtualization-dominant model and, despite the potential cost savings and increased efficiencies, only dabbles in the cloud. You might think the two companies are of different sizes and industries, but actually, they’re both giants in the same sector (financial services).

The disparity in their cloud adoption is far from unusual. I see it all the time in my work with scores of customers across every industry. Enterprises of all stripes seem divided into three camps: cloud innovators, cloud majority, and cloud laggards. 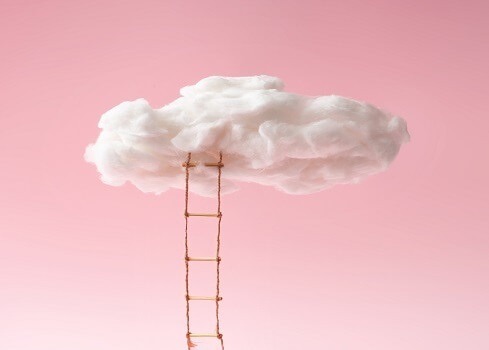 Such a perspective runs counter to study after study that suggests the move to cloud computing is like a tsunami. In O'Reilly's 2020 cloud adoption survey, for example, 88% of respondents said they use cloud in one form or another and most expected to increase their cloud usage over the next year.

I don’t doubt this is true. Cloud is an indisputably revolutionary trend, as evidenced by Gartner's prediction that corporate spending on public cloud services alone will rise 18.4% this year to $304.9 billion, up from $257.5 billion in 2020. Who among IT decision makers can say with a straight face that they’re not doing something with cloud?

But while cloud computing is becoming ever-more common in enterprise IT, what the hype leaves out is that most companies are still relatively early in the adoption cycle. In fact, I’d roughly estimate that among the organizations I work with, 60% are in the cloud laggard category, a paltry 10% are innovators, and the remaining 30% are somewhere in between.

I think it’s interesting and important to understand the true state of cloud uptake around the world because it shows that the market, as huge as it’s become, still has a lot of room to grow. But more importantly, it’s helpful for companies to have a realistic view of where they are in their cloud journeys so they can get a sense of the best path forward.

Let’s take a closer look at each of the three adoption levels, what their main concerns are, and what specific actions companies can take to become more cloud mature -- i.e. cloud-native.

The Laggards. From an IT architecture perspective,these companies don’t look much different than they did 10 or 15 years ago. They still own most of its hardware and software and run on premises in data centers. They may be getting a greater return on its investments through extensive use of virtualization but have only marginally taken the next step into the on-demand, self-serviced delivery of computing services on public clouds.

For whatever reason -- security and regulatory concerns, lack of expertise, or simple fear of change -- these companies have only dipped their toes into the cloud with few production workloads and some DevOps activity.

On-prem infrastructure is expensive to manage and maintain and lacks the ability to scale up or down depending on usage requirements, as you do with cloud. While part on-prem may continue to make sense for certain organizations, the rapid pace of digital transformation demands that late cloud adopters have a clear plan for leveraging the cloud to improve their businesses.

These companies should do two things. One, determine which applications and workloads can be shifted easily to the public cloud. Two, any organization with 500 virtual machines or more in its data centers should deploy a private cloud like OpenStack, managed by an experienced service provider, to rein in cost and complexity in the on-prem infrastructure. That way, the company can extend the life of its on-prem investments but gain cloud-like functionality on-prem and flexibility at predictable, guaranteed costs. The reason for this is that implementing your own cloud infrastructure and running it at full capacity can provide significant savings over the unpredictable public cloud costs.

These transitional steps can help a cloud laggard get more comfortable with the technology and start laying a path for increasing adoption.

The Majority. These enterprises are getting there. They have moved many of their workloads to the cloud but also still maintain a significant on-prem existence whose management overhead can be a struggle.

What’s holding up these organizations from going faster? Often, it’s public cloud variable (i.e. unpredictable) sticker shock. Though switching to a subscription approach reduces capital expenditure costs, there are many variables in cloud pricing that can drive up monthly bills beyond expectations.

These companies should look to containerization of their applications -- a packaging up of everything a workload needs to run -- to use less footprint and infrastructure in the public cloud, thus lowering costs. Platforms like Kubernetes help automate the process of deploying and scaling the applications their developer teams release.

They also should start thinking about hybrid cloud -- a combination of public and private (on-prem) cloud that offers the fixed costs of a private cloud and the versatility and flexibility of the public cloud. They also should use more than one public cloud to take advantage of the best pricing.

The Innovators. These cloud superstars have most of their workloads in the cloud, they have implemented hybrid cloud, and have embraced containerization. I estimated earlier that 10% of companies are in this category, but that’s probably being generous. Right now, they’re few and far between.

So, what are the next steps for such an organization? While they have automated and commoditized the infrastructure layer via the cloud, they need to increasingly leverage cloud technologies at the application level. Moving to an operator framework for automating the deployment and operation of their applications is the next step in reducing complexity.

Eliminating as many manual processes as possible in deploying and integrating applications should be a prime focus area for those innovators.

Companies may be all over the map right now when it comes to cloud adoption, but with the right planning and execution, we should find that the playing field is getting more even in the months and years ahead. 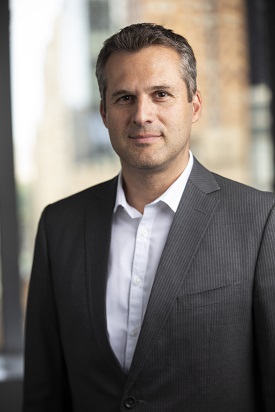 The InformationWeek community brings together IT practitioners and industry experts with IT advice, education, and opinions. We strive to highlight technology executives and subject matter experts and use their knowledge and experiences to help our audience of IT ... View Full Bio
We welcome your comments on this topic on our social media channels, or [contact us directly] with questions about the site.
Comment  |
Email This  |
Print  |
RSS
More Insights
Webcasts
Building Asset Management into Your Enterprise Security Strategy
How the Rapid Shift to Remote Work Impacted IT Complexity and Post-Pandemic Security Priorities
More Webcasts
White Papers
The Impact of the SolarWinds Breach on Cybersecurity
The 2021 Threat Hunting Report
More White Papers
Reports
The State of DevSecOps Report
Are Unprotected Cloud Databases Leaking Your Data?
More Reports