Azure users now have the option of joining the Internet of Things and collecting and analyzing their machine data with Microsoft's IoT Suite.

Microsoft is announcing a series of changes coming to its Azure cloud in a virtual event, AzureCon, which starts Tuesday. These updates include applications for the Internet of Things, Linux container orchestration, and a greater degree of security and trust being made available in Azure cloud operations.

Scott Guthrie, executive vice president of the Azure Cloud and Enterprise division, will offer the main address at VirtualCon, which gets underway at 9 a.m. PDT on Sept. 29.

Mike Schutz, general manager of cloud platform marketing, said in an interview in advance of the event that Microsoft will stake out a larger position on the Internet of Things during AzureCon.

"The Internet of Things is a hot topic. This announcement is the one we think is the really big one," Schultz said.

Microsoft announced that its IoT Suite, first announced in April, is now available for purchase. The suite will perform a set of IoT services, such as data stream collection and storage. The suite can also apply functions such as remote monitoring, fleet or asset management, and predictive maintenance.

The machine data can also be fed into Microsoft's Power BI, its Azure-based analytics system, for "analysis and rich visualization," said Schutz.

Microsoft's suite is meant to combine services so that many industries not known for being highly technical can nevertheless take advantage of the IoT.

An example of a company using Microsoft IoT is Rockwell Automation as it monitors its control systems in the field of oil and gas drilling and production, pipeline transport, and distribution. The company uses Azure IoT services to provide advanced services to its oil and gas producing customers. 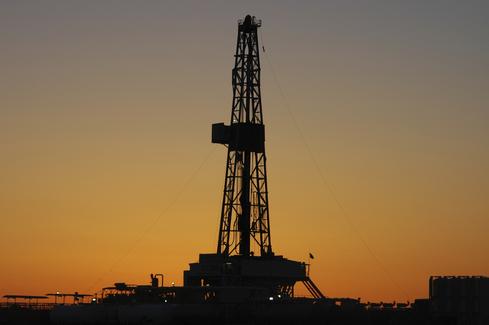 Asked if Microsoft IoT customers will have to store their data in the cloud, Schutz said, "In many cases they'll want to, because that makes it easier to do the analytics there. But they don't have to. They can store it on-premises and still have ways to plug it into the cloud's analytics."

Microsoft has also certified a set of partners as part of its IoT ecosystem. They include: Beaglebone, Freescale, Intel, Raspberry Pi, Resin.io, Seeed, and Texas Instruments.

"We are seeing players jockeying for position to get ahead in IoT and we expect this to be a big area, but for right now most vendors are still building their functionality out. IoT is generally a huge partner play which plays to Microsoft's ecosystem building advantage," said Al Hilwa, IDC software development analyst, in an email response to a question about Microsoft's IoT positioning.

Microsoft has been talking about containers for Windows Server hosts for some time, and Windows developers will still have to wait a little longer for them to arrive until Windows Server 2016 sometime next year.

In the meantime Microsoft is buffing up Azure's ability to handle Linux containers running Linux applications on Azure in Hyper-V virtual machines. Azure now supports the Apache Software Foundation's Mesos container orchestration system, which allows a multi-container application to be provisioned and launched on the Azure platform. It will also work with Mesosphere's Data Center Operating System based on Mesos.

Microsoft is making Mesos orchestration available now in order to give Azure users a chance to get acquainted with it. When Docker containers are supported under Windows Server, they will be able to be orchestrated in groups using Mesos the same way Linux containers are, Schutz said.

"Once you start moving tens, hundreds, or thousands of containers into production, as you will if you're wildly successful with containers, then you'll need orchestration."

Microsoft also announced Azure Security Center for customers to use as they manage their virtual machines in the cloud. The center allows a customer to configure anti-malware for their VMs, supply firewalls for their Web applications, or turn on advanced threat detection capabilities.

The security center can help a data center manager determine whether any of his Azure users has been compromised, and gathers information from a company's deployments to compare with Microsoft's knowledgebase of known threats. It also allows a security manager to make use of third-party protections, such as software from Barracuda, Checkpoint, Cisco, CloudFlare, F5 Networks, Imperva, Incapsula, and TrendMicro, with cloud deployments.

Microsoft CEO Satya Nadella first talked about the upcoming suite in his March 16 at the Microsoft Convergence event in Atlanta.

Schutz said that Microsoft IoT Suite, its cloud security center and the open source that it's incorporated into its container orchestration illustrate how the company is "providing customer choice in how they set up these solutions."

Indeed, three years ago, it would not have seemed likely that Microsoft would be providing open source container orchestration from Linux before its Windows container support was available. But success in the cloud is driven as much by openness as by restrictiveness, Microsoft's current generation of executives has concluded.

[Editor's note: This article has been updated to reflect which companies are users of the Azure IoT Suite.]

Charles Babcock is an editor-at-large for InformationWeek and author of Management Strategies for the Cloud Revolution, a McGraw-Hill book. He is the former editor-in-chief of Digital News, former software editor of Computerworld and former technology editor of Interactive ... View Full Bio
We welcome your comments on this topic on our social media channels, or [contact us directly] with questions about the site.
Comment  |
Email This  |
Print  |
RSS
More Insights
Webcasts
People Are The Most Important Part of Autonomous SOC
Nip Ransomware in the FUD: Detecting Attacks Pre-Encryption
More Webcasts
White Papers
How a Trading Floor Continues its Operations During COVID-19 Lockdown
Anatomy of a Modern Phishing Attack
More White Papers
Reports
Protection Strategies for a Cyber-Resilient Organization
DNS Network Traffic Volumes During the 2020 Pandemic
More Reports