Nemertes CIO Burke: Do You Know Your Cloud TCO? - InformationWeek

It's not simple: Nemertes CIO John Burke to explain how to evaluate your TCO when using a cloud service and whether real savings are available.

As more companies contemplate moving legacy applications into the cloud, they confront a nagging question: do they really know whether it improves their total cost of ownership? Running a virtual server on infrastructure as a service looks like a good deal, but how do you know that it is?

John Burke, CIO and chief analyst of the market research organization, Nemertes Research Group, will try to address that question in his May 17 Interop ITX session, Not As Simple as it Looks: Evaluating Cloud TCO.

Burke said his research on the topic is still underway, but he offered a broad outline of how his one-hour session will approach the topic. There are different ways to move into the cloud. In some cases organizations take a fork lift approach of lifting and shifting to IaaS, trying to match network connections and levels of security. In other cases, organizations move the business logic but try to connect to as many existing services already in the cloud as possible.

"We think the latter is the key to getting good savings out of the cloud," Burke said in an interview. Early results suggest that conclusion and Burke and Nemertes analysts are still working on the data that may validate the conclusion, he said.

It's possible to put a business application in the cloud, then put its database service and firewall in the cloud, as well as virtual servers alongside it. Or you can tap into databases, NoSQL and security services already available in the Microsoft, Amazon Web Services, Google or IBM clouds, using them as needed.

Burke said it's helpful when IT managers have a clear idea of what an application is already costing them on-premises, but even that information isn't always available. Most IT staff have a rough idea of the respective shares of the total IT budget represented by different applications but not all of them have taken the time to capture the data that confirms their estimates. 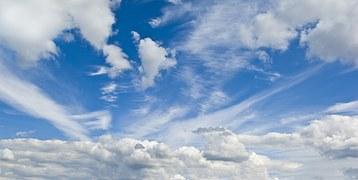 Another major stumbling block is that enterprise adopters of cloud services have a hard time sorting through the many options available to them. "Even if an organization restricts what it's looking for to 'large' servers in the cloud, that may not be narrow enough," he noted.

Amazon over several years has proliferated the number of virtual servers available, along with various contractual arrangements of enlisting those instances. By recent count, AWS offers 56 different instance types on its sites. Even a disciplined review may yield a bewildering grid of 3X6 or even 6X6 sets of instance types and provisioning options, Burke said.

Then there is the matter of reviewing the data charges, with high volume I/Os costing extra in some cases. Data flowing in and being stored in the cloud is relatively cheap. Charges start to be incurred when data is moved out of the cloud in large amounts, he added.

The real savings may lie in the future when applications are designed to make full use of cloud services, such as Azure Functions or AWS Lambda, where customer code can be embedded as a callable function and used only when needed.

Burke will also try to address whether moving to the cloud changes IT staffing costs. Aren't there significant savings if someone else is maintaining the infrastructure operations?

"So far, our partial research shows roughly the same numbers of people, although you end up with slightly different people," Burke said. IT organizations may need a cloud solutions architect instead of a SAN manager. That doesn't mean the SAN manager or other legacy position can't be converted into the solutions architect, he said.

Startups or companies that succeed in shifting all their infrastructure into the cloud in some cases have successfully minimized the total IT staff needed compared to an enterprise data center staff. Alternatively, the enterprise that continues to operate a data center but moves a percentage of legacy workloads into the cloud may see "significant savings in the long term, over a 7-10 year period," he said.

The picture will clarify further as Burke and staff continue to mine the research to see what it tells them. He expects to be ready to present his conclusions and how he arrived at them 4:30-5:30 p.m. May 17 in the Cloud Track of the show in Las Vegas.

Charles Babcock is an editor-at-large for InformationWeek and author of Management Strategies for the Cloud Revolution, a McGraw-Hill book. He is the former editor-in-chief of Digital News, former software editor of Computerworld and former technology editor of Interactive ... View Full Bio
We welcome your comments on this topic on our social media channels, or [contact us directly] with questions about the site.
Comment  |
Email This  |
Print  |
RSS
More Insights
Webcasts
The Experts Guide to Ransomware Response
Multi-Cloud Data Management for Modern Applications
More Webcasts
White Papers
Annual Cybercrime Report - Cybersecurity Ventures
Ransomware Defense for Dummies
More White Papers
Reports
The InformationWeek 2021 State of ITOps and SecOps Report
The State of Cybersecurity Incident Response
More Reports