Law Enforcement Turns to a Cloud Platform for Accountability - InformationWeek

50%
Tweet
The pandemic and overall public discussions about law enforcement cast a light on streamlining and providing transparency in standards and accreditation management.

Driven by the need to keep law enforcement properly informed during the pandemic, an association that supports 36 Oregon counties that elect sheriffs put PowerDMS to work on improving communication of standards and guidance on safety. Troy Clausen, training coordinator for the Oregon State Sheriff’s Association, says his organization adopted PowerDMS, a cloud-based platform for policy, training, and accreditation management, originally to manage state jail standards. When COVID-19 struck, the organization soon used it to meet a broader set of priorities.

Clausen says his association needed an updated content management system with documents in one place for end users such as jail managers and inspectors to access. “We had been utilizing an older technology that was essentially coming to us end of life,” he says. The association then tried another vendor with expertise in police standards, policies, and manuals but it did not measure up. “They were struggling to get our documents cataloged correctly,” Clausen says. That led to the migration to PowerDMS. 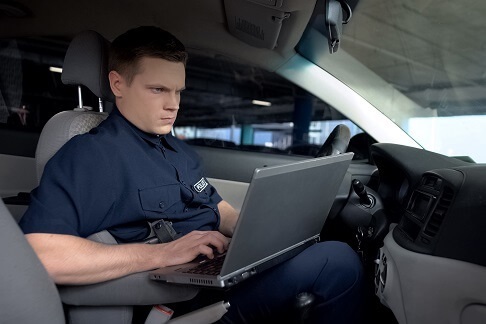 The association was in the midst of implementing the platform for training for all the counties’ sheriff’s offices when the pandemic struck, setting up a much different scenario. “My responsibilities changed to managing and updating all of our jail and enforcement folks,” Clausen says, “on how COVID was impacting the state, specifically around public safety, jails, and law enforcement.”

This included ensuring personnel had access to standards and guidance from county, state, and federal authorities. “We wanted to make sure that we got everybody the same information as quickly as possible, in real-time, so no one had to create something on their own and reinvent the wheel,” he says.

The standards implemented in response to the pandemic were meant to protect law enforcement and those incarcerated in jail from COVID-19, Clausen says. This helped limit instances of exposure, he says, and implement quarantine where needed to prevent affecting wider populations. “It’s been a valuable resource for us as we’ve gone through the pandemic, and at the same time allowing us to continue with our standards business, keeping sheriffs up to date on normal business,” Clausen says.

PowerDMS CEO Dave DiGiacomo says the platform is used by large enterprises, healthcare, and law enforcement. Public safety agencies and law enforcement often have certifications their personnel must pass on an ongoing basis with state and national accrediting bodies, he says. Accrediting bodies can host their standards on the PowerDMS platform, DiGiacomo says, where law enforcement can view the standards, updates, and connect those changes to policies within their agencies. “That policy is then distributed to the staff,” he says. “There is also training, and testing built into it.”

The platform streamlines and improves cohesion for compliance with policies, DiGiacomo says, with changes logged and audited from the end user to the accrediting standard. That way if a standard is altered, the affected agencies are alerted downstream. State laws and case law can drive some of those changes, he says. Command staff at public safety agencies can also implement policy updates. “We can see from 20 to 50 policy changes happening, even more during active months when there are cases coming out from the state,” DiGiacomo says. “That’s a lot of data that’s exchanged.”

For example, one policy change might affect as many as 200 officers who may then have to retrain and retake tests to meet new accreditation compliance. “Those 20 to 50 changes -- multiply that out by 200 and you start to look at some big numbers,” he says. “How do you organize all that?”

Gathering personnel in large groups in-person for retraining is obviously ill-advised during a pandemic. The platform lets end users access policies, retrain, and retake tests over mobile phones, DiGiacomo says. Training and tools can also be offered through the platform to assessors of the accreditation process.

As with many public entities, agencies that adopt the platform may have varying access to technology resources, he says. Some agencies were still using paper processes for their tests, training, and records. DiGiacomo says the typical onboarding takes 60 to 90 days, depending on the organization.

With the current public discourse about law enforcement oversight, he sees PowerDMS potentially playing a greater role in how policy accreditations are included in employee assessments and terminations. The platform’s logs can show if someone has not met standards, did not fulfill retraining requirements, or other policies they must fulfill. “You’re creating documentation and accountability for each officer that’s out there,” DiGiacomo says. “It’s transparency and accountability of every single employee in that agency.”

For more content on public safey services and cloud adoption, follow-up with these stories:

Next Steps for Cloud Infrastructure Beyond the Pandemic

How a Low-Code Platform Helped 911 Services in New Orleans

Searching For a Cloud-Native App Strategy Amid the Chaos

Joao-Pierre S. Ruth has spent his career immersed in business and technology journalism first covering local industries in New Jersey, later as the New York editor for Xconomy delving into the city's tech startup community, and then as a freelancer for such outlets as ... View Full Bio
We welcome your comments on this topic on our social media channels, or [contact us directly] with questions about the site.
Comment  |
Email This  |
Print  |
RSS
More Insights
Webcasts
Deception: The Next Step In Cyber Defense
Edge Computing: An IT Platform for the New Enterprise
More Webcasts
White Papers
2020 Gartner Market Guide for Network Detection & Response
How You Can Evaluate Your Org's Cybersecurity Readiness
More White Papers
Reports
The Drive for Shift-Left Performance Testing
Cloud-Native Security Platforms: The Solution for the Digital Age
More Reports