Seeking a Competitive Edge vs. Chasing Savings in the Cloud - InformationWeek

Results from an Accenture survey point to risk of missing out on strategic advantages if organizations focus strictly on cost-savings from the cloud. 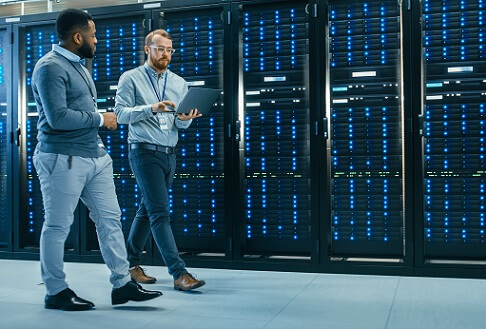 Getting the most out of the cloud remains complicated. Migrating to the cloud can come at a cost, but the alternative -- not making such investments -- might leave enterprises fighting uphill among their peers, according to a recent Accenture survey.

Debate continues on whether or how much should organizations migrate their data and compute operations to the cloud versus remain on-premise. Accenture released results of a survey that looked at how businesses leverage the cloud. The survey, conducted from late 2020 into early 2021, sought responses from nearly 4,000 companies from 16 industries across 25 countries. A notion surfaced among the responses that only focusing on cost-savings through the cloud could put organizations at a competitive disadvantage to their market rivals.

Measuring the return on investment in the cloud remains complicated. Companies that only look at cloud as a cost-savings opportunity have found cost-savings of at least 10% or greater, says Tristan Morel L’Horset, senior managing director of Accenture Cloud First. “For companies that looked at [cloud] only as a tactical activity -- of migrating and technology activity -- even those companies are able to find 10% if they choose to operate the environment differently,” he says.

If companies do not make changes to their IT operations in response to a migration, finding savings can be more difficult, L’Horset says.

“In the industry, there’s a lot of debate: Is cloud saving you money or not? Our research indicates that even at the basic level, yes it does,” he says. “The difference between the cost-savings, which you can get through cloud, and the value of innovation that you absolutely can and should get through cloud, is the fundamental reason you should go.”

Respondent companies to the Accenture survey that did not list cloud as a top priority still saw significant cost-savings, says Jim Wilson, managing director of information technology and business research at Accenture Research. The survey came about to explore how organizations responded to the pandemic, he says, which in many instances accelerated plans to transform.

“We were seeing clients aggressively moving to the cloud,” Wilson says. “They had to in a lot of cases just to keep the business running.” He says the survey asked companies about their adoption of cloud as well as how extensively they scaled cloud technologies across the enterprise. That could range from pilot programs to multiple functions and business units.

Wilson says the survey exposed what he called a “Cloud Achievement Gap,” a divide in performance between average companies and companies that are competitively advantaged through the cloud. “Companies that are really getting the most out of cloud are using it not just for the cost but also to innovate and for building new operating models,” he says.

Further, Wilson says companies that lead in leveraging cloud for innovation tend to use advanced networking technologies such as 5G wireless connectivity and software-defined networks to tie it all together. “If you look at Siemens, they initially used public cloud when they began their cloud journey and then they moved to a multicloud approach and then to edge computing,” he says. “They’re really working across this cloud continuum in order to really innovate the analytics services they provide for their industrial clients in areas like predictive maintenance.”

Most companies struggle with their organization complexity when it comes to migrating to the cloud and getting the most out of it, Wilson says. Competitive leaders tend to have a solid vision of where they want the cloud to take them, he says. “They have leadership buy-in clearly stating what their future aspirations are around going to the cloud.”

There is an undercurrent that business problems are changing rapidly, says L’Horset, which may highlight benefits of flexible resources such as the cloud compared with legacy tech. “Market forces and COVID showed us that.” Innovation of cloud is also changing fast, he says, which can give companies the ability to adapt dynamically to market changes. “That is a fundamental change from legacy technologies, which are very static,” L’Horset says. “You buy them, you’re stuck with them for the next several years.” 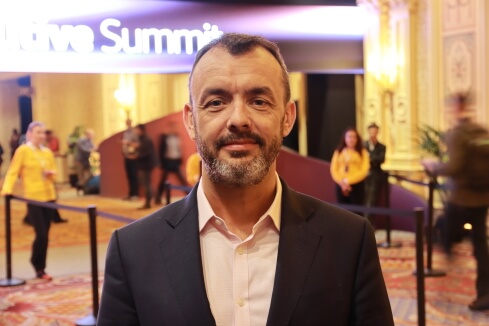 Realizing competitive benefits from the cloud can be its own lengthy journey. “It becomes a long-range vision,” L’Horset says. “The relentless focus on cloud and innovation is now a CEO and board-level agenda.” In prior years, CIOs tended to be the primary leaders in the C-suite looking to use the cloud to transform their respective organizations. The conversation has changed, he says, with more top leadership in the mix. “They are setting that long-term vision,” L’Horset says. “They’re not just looking at short-term benefits. It has to be something that is three to five years out and how do they beat their competitors by establishing the foundation today.”

New technologies that are just emerging in the cloud may further reshape how organizations pursue competitive advantages from such resources in the years ahead. Wilson says legacy systems will not be able to run language prediction models such as GPT-3, which can generate near-human texts, that have huge parameters. “We are entering a new generation of AI that is focused more on language technologies and language systems,” he says. “That generation of technology is being born on the cloud.”

Companies that want to take advantage of such new technologies as natural language processing and AI will have to look to the cloud frontier via data centers run by hyperscalers rather than legacy systems, Wilson says. “If you want to play in the next generation of AI, you’re going to have to be on the cloud.”

Are Your Cloud Costs Outpacing Your Growth?

Joao-Pierre S. Ruth has spent his career immersed in business and technology journalism first covering local industries in New Jersey, later as the New York editor for Xconomy delving into the city's tech startup community, and then as a freelancer for such outlets as ... View Full Bio
We welcome your comments on this topic on our social media channels, or [contact us directly] with questions about the site.
Comment  |
Email This  |
Print  |
RSS
More Insights
Webcasts
Open-Source Software Supply Chain Security and Management
Firewalls 101
More Webcasts
White Papers
Meet Data Center Evolution Challenges with Hybrid and Hyperscale Architecture
Better Together: ITSM & PPM on One Platform
More White Papers
Reports
Addressing the Security Challenges of the New Edge
2022 State of ITOps and SecOps
More Reports

Seeking a Competitive Edge vs. Chasing Savings in the Cloud Joao-Pierre S. Ruth, Senior Writer,  7/19/2021
White Papers
The Essential Guide to Secure Web Gateway
Enable and Protect Your Remote Workforce
Enterprise Service Management Playbook
Going Beyond IT | IT Service Management for the Enterprise
Fiber Cleanliness in the Data Center -- The Impact of Contamination