Deep Information Sciences has put its high-performance version of MySQL in a Docker container for flexibility and mobility.

The MySQL database system frequently used on websites has been re-architected into what its designer calls an "adaptive" database system. It can adjust to the task that's presented to it.

In addition, Deep Information Sciences announced today that it has put its DeepSQL system inside a Docker container. That placement allows it to be moved around to where it's needed and fired up in nine seconds. In between the lines, the announcement of DeepSQL's Dockerization carries the message that in either the enterprise or the cloud database systems don't need to be what they used to be as single-server systems.

DeepSQL is a fully relational database that can be rapidly scaled out to handle big data flows. Like most other databases systems, for it to change in scale it has to be shut down. Unlike big server database systems, containerized DeepSQL can be assigned more CPU, memory, and network bandwidth in a container cluster, auto-discover the new resources as it starts up again, and be back at work in about 55 seconds, claimed Chad Jones, chief strategy officer at Deep Information Sciences.

MySQL isn't known for doing different types of jobs well at the same time. It excels at rapid reads, not large-scale reads combined with transactional writes. DeepSQL can adapt to different jobs, in some cases multiple jobs at the same time. It can build and use a humongous database table such as the 1.2 trillion rows that DeepSQL was tested against. In that test, it located and returned 1,200 records from the table in .35 second, said Jones.

Deep Information Sciences was in stealth mode until Feb. 24, when founder, architect, and CTO Thomas Hazel announced its first product,

At that time, Les Yetton joined the company as CEO, and Jones as chief strategy officer. Both came to Deep from LogMeIn, the cloud-based secure log-in service.

DeepSQL is available for free download from the Deep Information Sciences site. 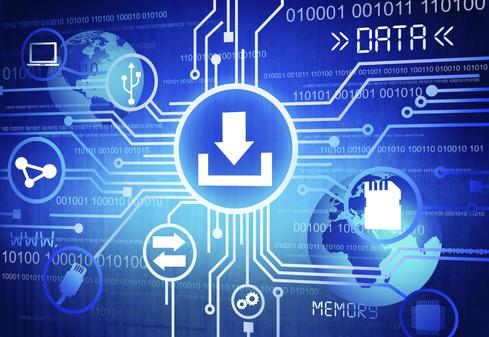 It also became available as a service on Amazon Web Services on Sept. 15, where it competes with Amazon's own re-engineered version of MySQL, dubbed Aurora. Amazon separated the different components of MySQL so they could function unimpeded independently -- the core database logic from the storage engine from the caching function.

In an interview, Deep Information Sciences' Jones said Amazon pushed its re-architected version "to get more scalability out of the existing science." But he claimed DeepSQL will outperform Aurora by a factor of seven because it's been re-architected from its foundation around new concepts in database science.

DeepSQL uses hyper-indexing, and in some cases indexes every column in a database table for speed of lookup. The database kernel monitors the data flow into the system. It uses machine learning to invoke the algorithms to deal with the type of data and task it is encountering, whether transactional, data stream capture, or analytics.

In many cases, machine learning replaces the database administrator by recognizing the pattern of work presented to the system and optimizing it to process the work. Most database systems, said Jones, will build up to utilizing 40% of the CPUs available, then top out at that level because they're constrained by the I/O limits of the system.

DeepSQL will adjust its algrorithms to most efficiently cope with the data flow and move the data compression "out of line," or out of the normal ordered sequence, so that it can be performed at some point where CPU cycles are readily available and compression won't slow I/O flow. It can reduce I/O operations for a given workload by as much as 80%, Jones said.

Database systems have so many points of configuration and algorithmic variables that it makes sense to rely on machine learning instead of human intervention to optimize operations, Jones said. When DeepSQL's adaptability is combined with Docker mobility, users get a system that's fast to spin up for different purposes and in different settings, such as development and test, high performance application roll-out, new database as a service functions or background analytics.

DeepSQL will work with existing MySQL applications. DeepSQL has the same front-end APIs as other MySQL systems,

Prior to AWS, DeepSQL was made available on the IBM SoftLayer Cloud, which lists benchmarks for the system here. Deep Information Sciences claims its system outperforms Amazon's Relational Database Service by a factor of 17.

Charles Babcock is an editor-at-large for InformationWeek and author of Management Strategies for the Cloud Revolution, a McGraw-Hill book. He is the former editor-in-chief of Digital News, former software editor of Computerworld and former technology editor of Interactive ... View Full Bio
We welcome your comments on this topic on our social media channels, or [contact us directly] with questions about the site.
Comment  |
Email This  |
Print  |
RSS
More Insights
Webcasts
How the Rapid Shift to Remote Work Impacted IT Complexity and Post-Pandemic Security Priorities
Advancing the Hybrid Cloud & App Modernization Journey with IBM
More Webcasts
White Papers
2020 SANS Enterprise Cloud Incident Response Survey
The Top 5 Mistakes Everyone is Making in Vulnerability Remediation
More White Papers
Reports
Tech Insights: Detecting and Preventing Insider Data Leaks
How Data Breaches Affect the Enterprise (2020)
More Reports