Google intends to offer advice to business customers about which third-party apps work best with its cloud-based software suite. See which ones received recommendations.

But search doesn't always provide the best discovery experience, particularly when customers don't understand the options. Sometimes it's easier to seek advice from a friend.

In an effort to be that friend to its clients, Google intends to offer advice to business customers about which third-party apps work best with its cloud-based software suite.

[Which option is right for you? Read: HTML 5 Vs. Native Apps: What's Best For Developers?]

On Tuesday, the company announced Recommended for Google Apps for Work, a program designed to recognize the third-party apps that most effectively enhance Google Apps. The program arrives following a Google Apps Marketplace redesign in September that aimed to improve app discovery and visibility.

"Our customers are asking for more guidance about which apps are well integrated and to make discovery and finding resellers easier," said Rahul Sood, managing director of Google Apps for Work, in a phone interview.

Sood said the software Google is recommending has been reviewed by Google and a third-party auditor for security and ease of integration. He said initially Google is singling out eight partners across five application categories. 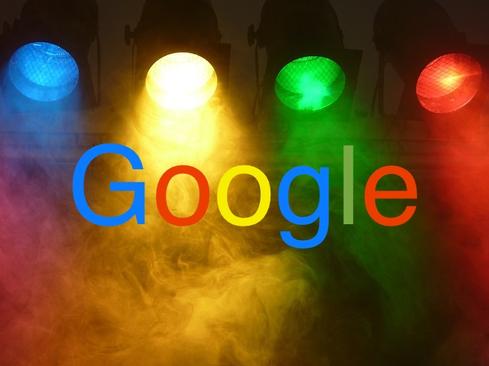 "We've picked the categories that are most relevant to our customers today as they transition to the cloud," said Sood.

For those companies chosen, Google's seal of approval should translate to greater in-store visibility, greater adoption, and greater revenue. For those that didn't make the cut, there's still hope for recognition.

Sood said Google's review of third-party apps is ongoing. "We work with application providers who do not meet the bar," he said.

Jon Lee, CEO and cofounder of ProsperWorks, the CRM company elevated above several dozen competitors in the Google Apps Marketplace, said in a phone interview that while Google has done a great job with its core apps, it has reached out to other companies to help it provide as wide a range of enterprise options as possible.

Lee said the review process was rigorous, involving a dedicated team that ran tests and audited his company's systems and business processes. "It took a few months," he said. "But Google is very serious about security."

Google also appears to be serious about strengthening its partner ecosystem. Last year, the company began offering independent software vendors the same support it has been offering its resellers, and then it raised the commissions it pays to its leading partners.

In addition, Google reorganized its partner program under a new name, the Google for Work and Education Partner Program, to help partners sell services more efficiently to Google's enterprise and education customers. In addition, its Android for Work program, introduced in February, includes a number of significant enterprise mobility partners.

Thomas Claburn has been writing about business and technology since 1996, for publications such as New Architect, PC Computing, InformationWeek, Salon, Wired, and Ziff Davis Smart Business. Before that, he worked in film and television, having earned a not particularly useful ... View Full Bio
We welcome your comments on this topic on our social media channels, or [contact us directly] with questions about the site.
Comment  |
Email This  |
Print  |
RSS
More Insights
Webcasts
Incredible Email Hacks You'd Never Expect & How You Can Stop Them
Security for Hybrid Workforce Deployments
More Webcasts
White Papers
Run and Transform: Micro Focus + Jaguar Racing
2021 Digital Transformation Report
More White Papers
Reports
2022 IT Salary Survey
How Enterprises are Attacking the Cybersecurity Problem
More Reports
Copyright © 2022 UBM Electronics, A UBM company, All rights reserved. Privacy Policy | Terms of Service