Puppet, a pivotal piece of open source code for the automated data center, will be updated Tuesday as 7,000 users convene in San Francisco for their fourth annual developer conference, PuppetConf 2014.

Puppet is a project that has built a widely used configuration management system, one designed to let an IT administrator or "puppetmaster" to pull the strings inside the data center and create servers for whatever infrastructure was needed. In the commercially supported version, Puppet Enterprise from Puppet Labs, the core piece of the system, Puppet Server, has been rewritten to allow add-on applications.

Puppet Labs is now a 330-employee company in Portland, Ore., that has become a centerpiece of the DevOps movement. It was founded in 2009 by CEO Luke Kanies and over regular intervals of funding has attracted $85.5 million in venture capital. Kanies in a pre-show interview said he will introduce "the next evolution of Puppet" at the Moscone Center, one that will allow modular additions to be grafted onto Puppet periodically.

That required Puppet Server to be rewritten from Ruby into Clojure, a dynamic language with similarities to Common Lisp. Clojure is considered a dialect of the Lisp language with an emphasis on functions with timed sequences, an approach helpful in constructing workflows. With the new Puppet Server, Puppet Labs will more easily be able to produce a Puppet system that takes on more configuration, deployment, and operational functions. 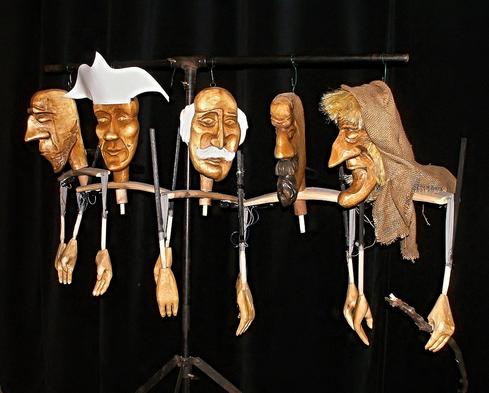 That's music to the ears of many DevOps advocates, who are trying to get more automated assistance to bring development and operations closer together. Puppet Server's performance is 300% better with the rewrite, Kanies said.

[Get started with DevOps. Read DevOps: Stop The Existential Angst.]

In fact, Puppet Labs has the first add-on application ready for PuppetConf. Puppet Node Manager is able to inspect existing infrastructure and classify the servers it sees by location, purpose, or attributes. It can use operating systems or IP addresses as distinguishing characteristics as well.

With Node Manager, servers can be quickly grouped together "based on its job rather than its cute, assigned name" or other manually-inspired designation. And that means servers can be quickly grouped together with shared characteristics, then updated as a group. They can be managed more like a herd of cows and less like individual pets requiring personal attention, in what is now a familiar computer industry analogy, Kanies said.

The app won't be available until the fourth quarter. But Kanies said Puppet Labs will strive to regularly roll out a new function as an add-on app. Customers will be able to pick which they want to use, and apps will be updated independently. That will allow apps to be upgraded more frequently, a step that brings Puppet Labs closer to a DevOps approach to software deployment.

"Virtualization made it dramatically faster to provision a new server. But what good is it to get a virtual server fast if it still take two weeks to get it configured" and connected to the things that it needs to be connected to, he asked. Puppet is trying to automate the next step in the process, with rapid configuration and ease of lifecycle management to follow.

"For those companies adding 1,000 machines a week, you can't hire systems administrators fast enough to configure and maintain them. There has to be a more automated system," he said. Google, Amazon, and a few other companies have acknowledged going through periods when they expanded at that rate.

Kanies got his start as a systems administrator at MetroOne, a telephone directory supplier, in Portland and worked for other companies until he founded Puppet 7.5 years ago. He still thinks like a system admin and wants Puppet Server, Puppet apps, and the Puppet platform as a whole to fill the gaps in data center administration that now require manual labor. "Puppet Apps is a way to give system administrators the power to install and update new functionality, based on the license they already have," he said.

In addition to the revamped Puppet Server and upcoming Puppet Node Manager, the Puppet platform includes fine grained, role-based access control and integrates directly with Microsoft Active Directory or an OpenLDAP directory. It also provides greater reporting on Puppet Servers, tracking the number of active requests, request durations, execution times, and compilation loads. The reporting is meant to reflect the health and performance of the servers.

Dice.com , a tech-focused help wanted site, said Puppet and Python are two of the most sought after technical skills on its site. Demand is so high, Kanies said, that Puppet Labs has started advertising its new Puppet certification program on Facebook.

Charles Babcock is an editor-at-large for InformationWeek and author of Management Strategies for the Cloud Revolution, a McGraw-Hill book. He is the former editor-in-chief of Digital News, former software editor of Computerworld and former technology editor of Interactive ... View Full Bio
We welcome your comments on this topic on our social media channels, or [contact us directly] with questions about the site.
Comment  |
Email This  |
Print  |
RSS
More Insights
Webcasts
The Experts Guide to Ransomware Response
Multi-Cloud Data Management for Modern Applications
More Webcasts
White Papers
Brand Protection During a Global Pandemic
Annual Cybercrime Report - Cybersecurity Ventures
More White Papers
Reports
Intelligent Outcomes Are Key to Business Resilience
Building the SOC of the Future
More Reports

Puppet skills lead in this Dice.com listing of the Top Ten help wanted technical skills in demand on its site. http://media.dice.com/report/september-2014-fastest-growing-tech-skills/
Reply  |  Post Message  |  Messages List  |  Start a Board
InformationWeek Is Getting an Upgrade!