Lesser known manufacturers, including ECS, MSI, Indamixx, and Asus, offer sneak peeks at the products they'll put up against HP, Motorola, and other well-known brands in January. 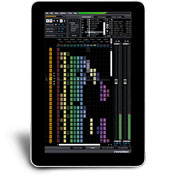 We welcome your comments on this topic on our social media channels, or [contact us directly] with questions about the site.
Comment  |
Email This  |
Print  |
RSS
More Insights
Webcasts
People Are The Most Important Part of Autonomous SOC
Nip Ransomware in the FUD: Detecting Attacks Pre-Encryption
More Webcasts
White Papers
The Psychology of Cyber: How Micro-Drilling Enhances Crisis Response
Improving Security by Moving Beyond VPN
More White Papers
Reports
Trustwave Global Security Report
Accelerate Threat Resolutions with DNS
More Reports