Now that the latest Apple buzz-a-thon has died down, it's time to see what the newest iPad offers enterprise users. Here are the features we find most compelling.
Kurt Marko
Contributing Editor
March 29, 2012
Battery life is about the same, but recharging takes about twice as long. That's because the new iPad's battery is 70% larger than the old and uses the same lithium-polymer technology. The external charger is highly recommended. Factor all that in when deciding whether to equip traveling users with the new device or stick with the iPad 2.

5. Hardware support: At 5 megapixels, the rear camera on the new iPad is better than the iPad 2's notoriously lame one, but isn't as good as that on the iPhone 4S and doesn't include a flash. But it does sport image stabilization and can take HD video, useful for some functions. There is no change to the front-facing camera, so videoconferencers are still stuck with standard definition. No upgrade advantage there.

6. Better software: iOS 5.1 has no major breakthroughs--those came with last fall's introduction of iCloud and Siri. The big addition for business users is support for voice dictation, an exclusive on the new iPad (sorry, iPad 2 owners). While it's not a full-fledged information assistant like Siri, it's still useful for those times users don't want to deal with the touch screen keyboard.

7. Effortless migration: One area where iPads shame both PCs and Macs is in the upgrade and migration process; it's incredibly smooth and conceptually simple enough that many people won't even need IT: Use iTunes to back up the old iPad, either locally or to iCloud, and restore to the new one. You end up with a perfect clone of the old device, clear down to the screen lock PIN. IT organizations needing to update and sync iPads en masse will find several third-party products that can parallelize the process; these include Bretford's PowerSync Cart, Datamation Systems' sync-and-charge products, and the Ergotron Tablet Management carts.

Upgrading won't make a dramatic difference to most employees with iPad 2s. Unless the business case demands a photographic display or 4G cellular connectivity, you can safely stand pat. For those with the original iPad or an early version Android tablet, now is a good time to move to the new iPad. 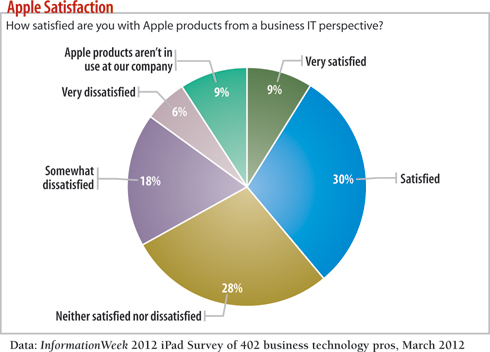