A steady stream of executives exiting Yahoo in recent months shows a lack of confidence that CEO Marissa Mayer can turn things around.

Yahoo CEO Marissa Mayer's "turnaround" strategy for the Sunnyvale, Calif.-based company may be hitting some big snags. High-level executives appear to be leaving in droves.

Additionally, chief accounting officer Aman Kothari and chief marketing officer Kathy Savitt left the company in September. Savitt played an "active role" in the company's media business, apart from the CMO responsibilities, according to Yahoo. Senior VP of advertising and data platforms Scott Burke left in August, according to reports. He was with the company for 10 years.

As with many Silicon Valley companies, Yahoo has a long history of executive departures over the company's lifetime. But this latest round appears to be a pattern that shows a stunning lack of confidence by top level executives in Mayer's ability to pull off her grand goals for Yahoo.

When asked for a comment on the recent trend of executive departures, a Yahoo spokesperson told InformationWeek that the company will not "comment on rumors or speculation."

A possible reason for the long list of execs jumping ship is Yahoo's decision not to partner with Microsoft (a big company investor) and instead combine its search engine with Google, Mayer's previous employer. 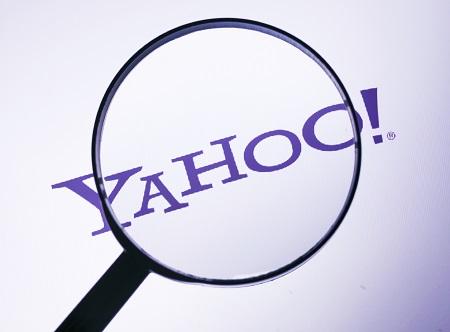 The deal with Google was not unexpected because Yahoo and Microsoft renegotiated their search engine agreement in April to allow Yahoo to try out other ad providers.

Microsoft attempted to buy Yahoo in February 2008 for $31 a share, valuing the company at $45 billion. Could be that some employees may have thought that Microsoft would try again, considering how Bing and Yahoo search were cutting deals before the Google partnership solidified. If Microsoft did buy Yahoo, it would have lifted the share price -- something stock-vested employees would be happy about. However, with Microsoft now out of the picture, that scenario will not come to pass.

Shares of the company are down since the beginning of the year. Other challenges for Yahoo include the IRS's decision that Yahoo's stake in Alibaba Group of China is going to be taxable when it is spun off, and the fact that Tumblr, the $1.1 billion blogging platform that Yahoo bought in 2013, doesn't look like it's going to generate the revenue Mayer wants to see.

Brian Wieser, a senior analyst at Pivotal Research Group, talked to the San Jose Mercury News about the departures and their significance for the company. "The fact that Yahoo hasn't figured out the right approach to turn the business around or produce a satisfactory strategy, frankly, would cause some people to look for greener pastures," he said.

He went on to say, "I think there were a lot of people who were attracted to the company by Marissa Mayer's presence, but it's safe to say that very little has gone right for the company."

Larry Loeb has written for many of the last century's major "dead tree" computer magazines, having been, among other things, a consulting editor for BYTE magazine and senior editor for the launch of WebWeek. He has written a book on the Secure Electronic Transaction Internet ... View Full Bio
We welcome your comments on this topic on our social media channels, or [contact us directly] with questions about the site.
Comment  |
Email This  |
Print  |
RSS
More Insights
Webcasts
People Are The Most Important Part of Autonomous SOC
Hybrid Cloud: The Great Balancing Act
More Webcasts
White Papers
Why Add Security to Your Skill Set and How to Do It
Key Strategies for Managing New Risks in Cybersecurity
More White Papers
Reports
Are We Cyber-Resilient? The Key Question Every Organization Must Answer
How Data Breaches Affect the Enterprise (2020)
More Reports

I'm just suggesting a reason that those vested employess might not think their shares will be in demand right now. And that figures in for an employment move that will make them lose their shares
Reply  |  Post Message  |  Messages List  |  Start a Board

@Maryam: But does it really matter?  Because so much of what CEOs do now is not so much for the good of the company but to appease the major shareholders.  Big bold headline-getting moves like eliminating work-from-home programs might have made some shareholders happy.
Reply  |  Post Message  |  Messages List  |  Start a Board

Or it may be that they dont think they will profit from that buyout.

Maybe they think that any buyout money will go to the investors, not them.
Reply  |  Post Message  |  Messages List  |  Start a Board


Durbin exactly and their results are showing that their employees working from home wasn't the problem. Their strategy is the problem. Unless they have a clear vision of how they fit into the market all their employee blame won't change the future. Sadly their execs departing most likely see that reality and don't want to be there for the inevitable merger or buyout.

Marissa wouldn't have that.

More to the point, the exodus reflects a possible bad culture -- where opportunities for growth are nil, ideas and people aren't respected, and/or and the money is running dry.

See, Yahoo is old enough that it has all this past debt to pay. The investors want that done first.

It needs the cash to pay off its debt.

They already borrowed aganst their Alibaba sale revenue, I bet.

A user is all .they have out there to generate revenue

So, they are trying to sell ads right now.

It's what they do.

The need for cash seems to be stressing out the marketing folk to the point that they are leaving.

There is tremendous pressure on people that are supposed to generate revenue when the enterprise needs it to stay afloat.

They are talented enough that they an find other jobs. The recent exodus may also just be an autumnal flocking of birds to new nests for the short term.

Twitter got some returns of the recently departed happening after Dorsey got to be CEO.


@larryloeb, Yahoo would be best to find a partner, maybe Verizon for synergy with AOL?  I do know Yahoo needs to rethink their approach but maybe they're trying to milk every penny out before going bust, like terminally ill person going for a last hurrah because their latest moves just drive more customers away.

You raise a great argument there; and it's really appropriate.

AOL sort of figured out a niche; but it was the Verizon buy-out that saved their butts.

Earthlink was a pure dialup access play, and that went away when the big boys gave them an endrun.
Reply  |  Post Message  |  Messages List  |  Start a Board
Page 1 / 3   >   >>
Editors' Choice
Hot Topics