Facing stiff competition from Alibaba in China, Amazon is shifting its focus to India as the next big e-commerce opportunity for its retail and cloud services operations. CEO Jeff Bezos announced June 7 at a US-India trade summit that Amazon will invest an additional $3 billion in expanding its operations in the country.

Amazon will face local competition in India as it did in China.

Flipkart and Snapdeal are two Indian online retailers attempting to create their own version of Amazon's e-commerce success, as New York Times technology reporter Farhad Manjoo discusses in this video.

At the same time, Amazon is likely to find ways to cooperate with national laws and regulations that have hampered other technology giants.

Apple as a more vertically-integrated company ran into barriers in its attempts to open stores in India. National rules require certain amounts of Indian-produced goods in foreign-owned retail operations, according to CNBC's report, quoting Manjoo. Amazon should have no problem including Indian goods in any physical or online stores it might decide to open. 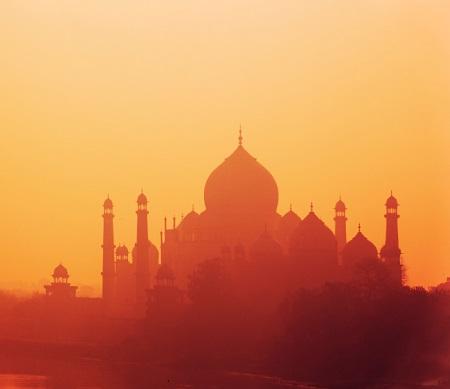 India's Prime Minister, Narenda Modi, met with President Obama Tuesday, before attending the US-India Council's 41st annual Leadership Summit. Modi presented Bezos with a Global Leadership award at the event in Washington, and Bezos announced to the press that Amazon's investment in India would expand from $2 billion to $5 billion.

Bezos was cited by Reuters as saying India was Amazon's "fastest-growing" sales region outside North America. Overall, Amazon's sales in North America are growing at 25% a year, or $63.7 billion in 2015. International sales are growing at a more modest 5.7% or $35.4 billion overall. It's not known what share of international sales consumers in India represent, but Bezos labeled the planned expansion there "a huge opportunity," according to Reuters.

Amazon has built 21 fulfillment centers in India and employs 45,000 people there, Reuters reported. Bezos said in 2014 that Amazon had achieved its first $1 billion in sales in India, faster than it had in any other country.

Jeff Barr, chief evangelist for Amazon's cloud unit, Amazon Web Services, said a year ago that Amazon would establish a region for its cloud services unit in India in 2016.

First, however, Amazon will have to face some homegrown competition in India.

Flipkart was started in 2007 by two former Amazon employees, Sachin Bansai and Binny Bansai (not related), both graduates of the Indian Institute of Technology in New Delhi. Flipkart has 33,000 employees, and was valued at $11 billion in May by Morgan Stanley, which estimated its online sales at $12 billion for the 12 months ended March 31, according to The Economic Times. Its headquarters are in Bangalore.

[Want to learn about a company moving away from AWS? Read How Dropbox Moved 500PB of Customer Files Off AWS.]

Snapdeal was established in 2010 as an online marketplace. It lists 35 million retail items online, about the same number as Amazon's Indian operation, according to Quartz India, an investor publication. Snapdeal boasts of 275,000 suppliers of goods throughout the country and claims an ability to deliver goods to 6,000 towns and cities.

Despite the homegrown competition, many consumers are just beginning to consider purchasing good online, according to a January article in Fortune.

Even making deliveries in a country with an archaic address system is a challenge. Amazon hires riders with local knowledge and dispatches them on motorbikes. The riders wear backpacks to deliver packages to addresses like "the house behind the mosque across from the stadium."

Amazon has not said so, but success in India could lead to more rapid development of online sales in other developing nations, such as Indonesia or countries in Africa. If the public in India gets accustomed to ordering online, many societies may skip the brick-and-mortar phase of the economy and never build shopping centers or large retail districts in the city.

Charles Babcock is an editor-at-large for InformationWeek and author of Management Strategies for the Cloud Revolution, a McGraw-Hill book. He is the former editor-in-chief of Digital News, former software editor of Computerworld and former technology editor of Interactive ... View Full Bio
We welcome your comments on this topic on our social media channels, or [contact us directly] with questions about the site.
Comment  |
Email This  |
Print  |
RSS
More Insights
Webcasts
Securing and Monitoring Networks in the 'New Normal'
The Failures of Static DLP and How to Protect Against Tomorrow's Email Breaches
More Webcasts
White Papers
A Technical Deep Dive on Software Exploits
5 Steps to Zero Trust in the Data Center
More White Papers
Reports
How IT Security Organizations are Attacking the Cybersecurity Problem
2020 State of Cybersecurity Operations and Incident Response
More Reports


This was certainly uncalled for and I wonder how the editors at Fortune let this come to print, but at least they apologized, I just wonder how many of those initial readers ever read the retraction.


"...Apple as a more vertically-integrated company ran into barriers in its attempts to open stores in India."

This was the first thing I thought of when I read that India will be doing business with Amazon.   Sure it is probably much easier to meet the requirement of ( I believe 30% of the products be made by Indian companies ) but it is still disturbing that Apple could not meet this goal, but then again does it say anywhere on Apple products that it was "made in China" ?

U.N. population projections see India, currently with three times as many people as the U.S., overtaking China's population within seven years. India currently has the world's fastest growing economy, according to the Jan. 1 issue of Fortune, which portrayed Jesff Bezos as Lord Vishnu, a god of Hinduism, then apologized for the move. Fortune meant no insult to the Hindu faith, said Editor Alan Murray in a published statement. "It is clear that we erred and for that, we apologize."
Reply  |  Post Message  |  Messages List  |  Start a Board
Editors' Choice
Hot Topics